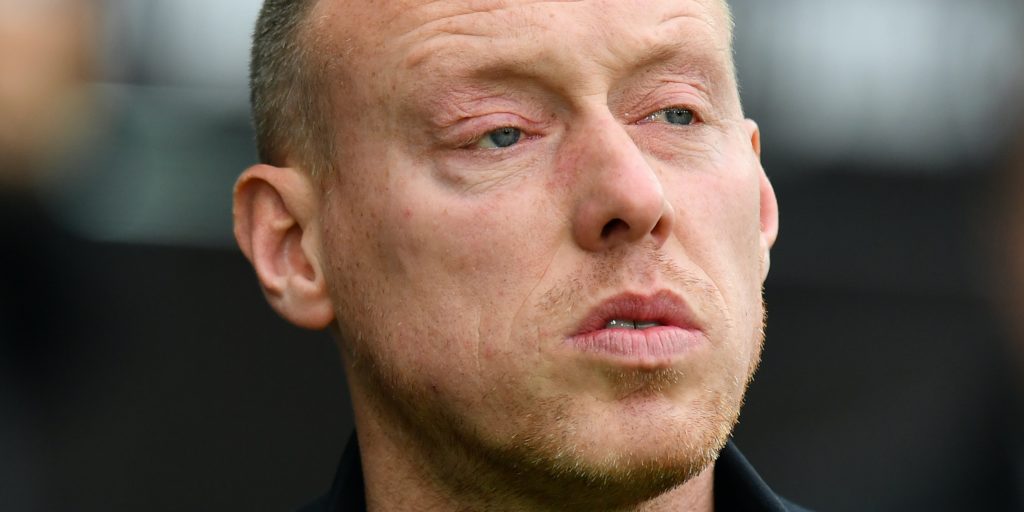 Rhian Brewster and Andre Ayew found the net in the Swans’ victory over Sheffield Wednesday.

Steve Cooper hailed the courage of his Swansea team as they kept their
Sky Bet Championship play-off hopes alive with a 2-1 victory over Sheffield Wednesday.

Second-half goals from Rhian Brewster and Andre Ayew saw Swansea take all three points after they had struggled to adapt to Cooper’s new formation before the break.

Wednesday substitute Atdhe Nuhiu grabbed a consolation for Garry Monk’s visitors in added time, but they paid the price for not converting their first-half opportunities.

“I told the players at half-time they had to be men and play with more courage and they did that. The heart and commitment shown was excellent,” said Swansea head coach Cooper.

“We were fighting in the first half in terms of our defending, but we needed to show more belief in ourselves going forward.

“I was delighted to go 2-0 up, but we did get a bit nervy late on. They threw caution to the wind and that’s when we needed to be men, manage the game, keep the ball and try not to concede.”

Swansea’s defensive injury crisis meant Joe Rodon and Ben Wilmot were out, while Mike Van Der Hoorn and Ben Cabango were only fit enough for the bench.

Cooper opted for a three-man defence with Connor Roberts and Wayne Routledge as wing-backs and Swansea struggled to adapt in the first half.

Wednesday winger Jacob Murphy had three great chances and his misses came back to haunt the visitors.

“We didn’t occupy the width of the pitch enough. Wayne having to play like a left-back not a wing-back wasn’t the idea,” said Cooper. “He stuck to the task, we had to talk through that at half-time, and it was better second half. Some of the midfielders and strikers were too far apart.”

Swansea were much better after the break and Brewster opened the scoring when he reacted quickest to Jay Fulton flicking on Roberts’ cross.

Brewster left the field late on using his shirt to support a shoulder injury.

“Rhian had a bad shoulder anyway, which he did at the start of the Millwall game. He hasn’t dislocated it,” Cooper said.

“I’m sure he’ll be fine and want to play against Birmingham.”

Wednesday manager and former Swansea captain and boss Monk said: “It’s so, so frustrating. We had dominance in the first half and we should have been in a good position going into half-time.

“For all the good chances we had we couldn’t score and when you do that it leaves the door ajar. We played so well in the first half but in the second we had a few minutes of madness.

“The players are as frustrated as me. There is so much they are doing right, but you can’t be as dominant as we were in the first half and not come away with goals.”