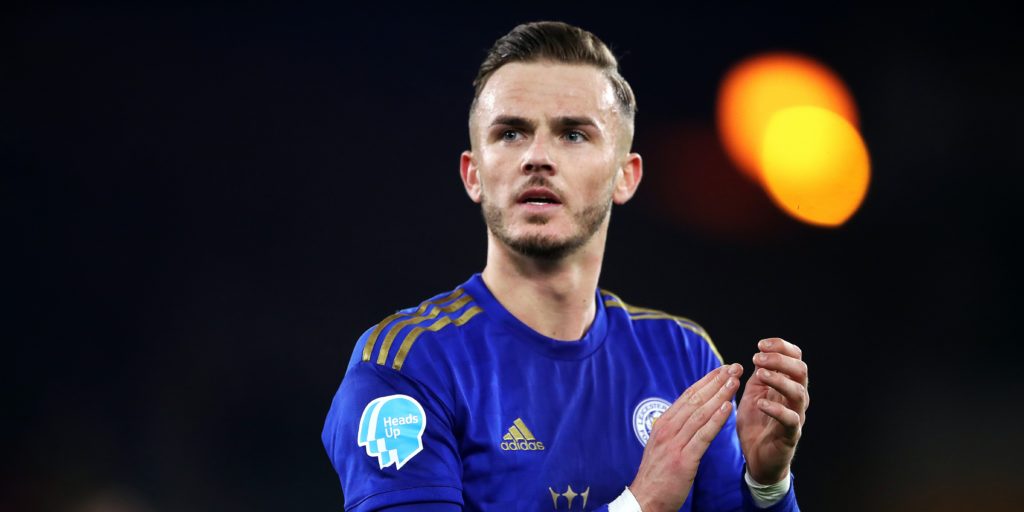 Christian Benteke is back for Palace.

James Maddison is a doubt for Leicester as they prepare to host Crystal Palace.

The midfielder aggravated a hip problem on his return from injury at Everton on Wednesday night and will be assessed.

Saturday’s game will be the Foxes’ fifth in 15 days and with matches coming thick and fast, boss Brendan Rodgers admitted there could be changes to the side. Wes Morgan, Hamza Choudhury, Ayoze Perez, Demarai Gray and Kelechi Iheanacho are among the options available.

Palace striker Christian Benteke is fit again having missed the last two matches – both defeats – with a thigh problem.

Long-term absentee Martin Kelly (calf) has begun training with the squad having been sidelined since January.

Jeffrey Schlupp, who has not played since December, remains absent after sustaining an injury when training resumed, as does fellow defender James Tomkins (thigh).