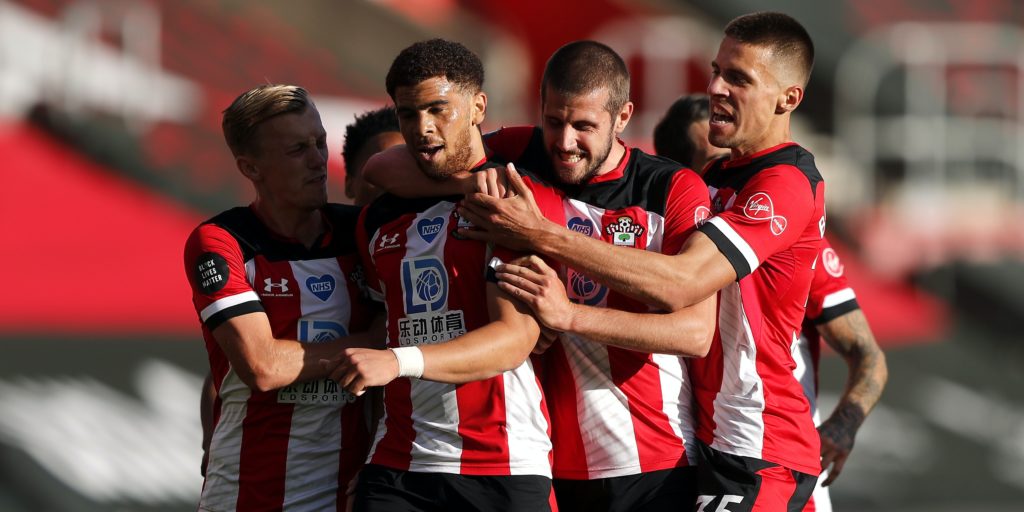 Adams netted his side’s winner against Manchester City on Sunday.

Che Adams paid tribute to Southampton team-mates and supporters after breaking his Premier League duck with the winning goal against Manchester City on Sunday.

The 23-year-old has had to be patient in waiting for a first top-flight goal, his stunning 40-yard lob of City goalkeeper Ederson coming on his 25th Premier League appearance and earning Saints a 1-0 victory.

As Stuart Armstrong pinched the ball off the toe of Oleksandr Zinchenko, Adams looked up and lofted an effort perfectly over Ederson.

While there were no supporters at St Mary’s to join in the celebrations, his team-mates were clearly ecstatic that Adams was finally off the mark.

“All the lads have helped me along the way. Everyone has kept faith in me, including the fans, the staff, the players – I’m just delighted.

“It was instinctive but we know City are a high team, so when the opportunity came I just took it.

Adams, who joined from Birmingham last summer, had some nearly moments on his way to opening his account, including a late chance in the win at Watford the previous weekend.

“It means the world to me,” Adams told the club’s official website.

“It has been a hard couple of months but we got there today.

“From the miss last week, all the lads were on their knees begging for me to score, but it went in this week and it has paid off.”

For City, it was the ninth loss of the Premier League season and the first time boss Pep Guardiola has suffered three consecutive away league defeats in his managerial career.

The visitors created plenty of chances but were repelled by a resolute defence and a fine performance from Southampton goalkeeper Alex McCarthy.

Guardiola admitted he was at a loss as to why the champions of the previous two years have struggled more this season, and midfielder Bernardo Silva knows similar performances moving forward are not acceptable.

“It’s a big disappointment,” he said.

“But I honestly think the team played a good game in terms of the quality of the chances we created. But we just couldn’t convert them.

“These are frustrating games when you create 10 or 15 chances and can’t score.

“We have to improve and get better.

“Hopefully in the next few games we’ll get back to winning ways ahead of the FA Cup semi-final and Champions League.”