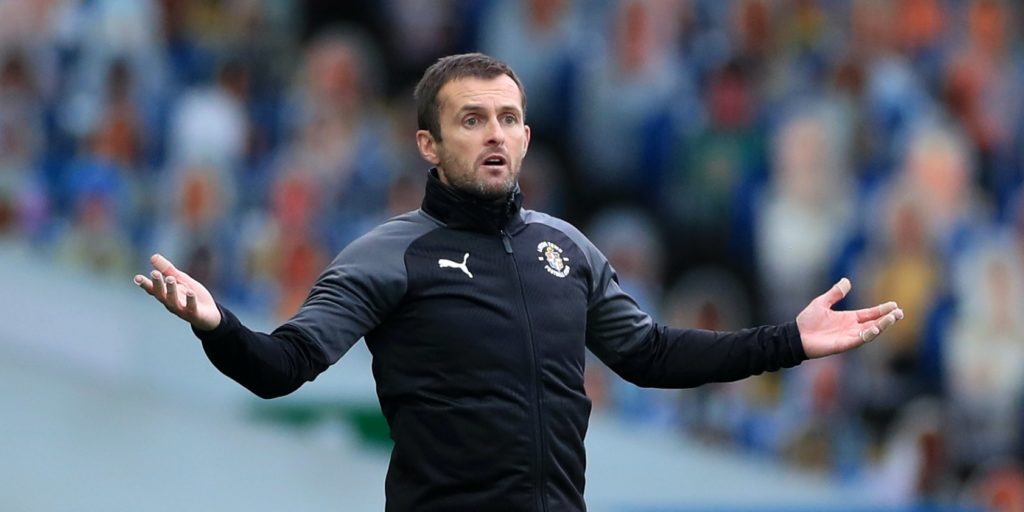 Luton manager Nathan Jones is set to make changes when Barnsley travel to Kenilworth Road on Tuesday for a key game at the bottom of the Sky Bet Championship.

The Hatters suffered a 5-0 loss at home to Reading last weekend, but Jones leapt to the defence of his squad and insisted a tough run of fixtures took its toll with tiredness a key factor in the result.

It means the 47-year-old could freshen things up and he will check on the fitness of Glen Rea after the midfielder missed Saturday’s defeat with a thigh injury.

Kazenga LuaLua (knee) is another fighting to be fit, but Brendan Galloway (knee) and Eunan O’Kane (leg) are still absent.

Barnsley midfielder Romal Palmer will miss the rest of the season after he sustained knee ligament damage in last Tuesday’s 2-0 win over Blackburn.

It adds to the problems for manager Gerhard Struber, who watched his side concede twice during the opening 10 minutes of the weekend loss at Stoke.

He reacted by bringing on Jordan Williams, Callum Styles and Elliot Simoes at half-time and all three will hope to start against the basement club.

Bottom-of-the-table Luton are five points from safety, while Barnsley – in 23rd – are four off Hull who occupy the final position above the relegation zone.