Focus on Jose Mourinho as Spurs edge to victory 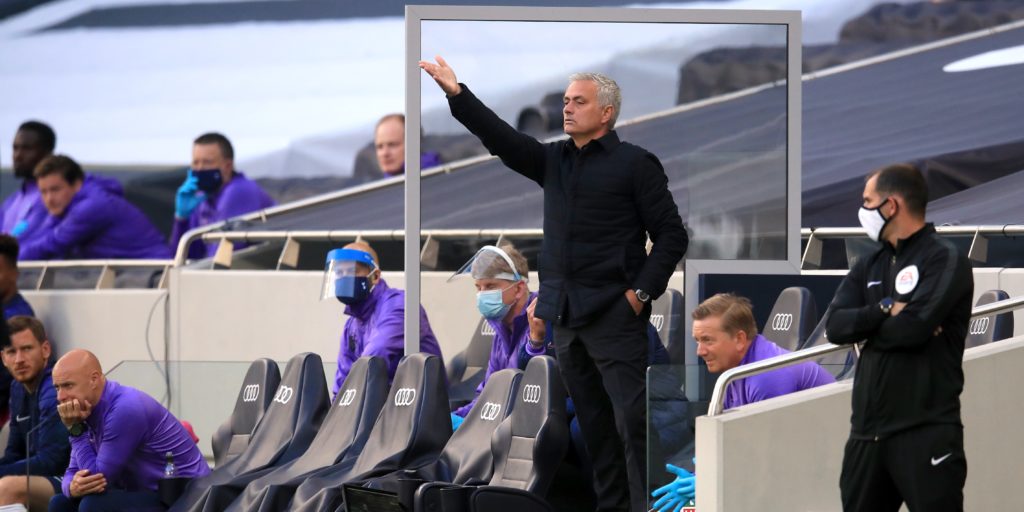 The Portuguese was largely calm on the touchline against Everton on Monday night.

Mourinho pledged to “break the rules” and hug his friend and Everton counterpart Carlo Ancelotti before kick-off at The Tottenham Hotspur Stadium. And the controversial Portuguese stuck to his word by embracing the Toffees manager before the game got under way in north London. Mourinho clearly remains not only unfazed by the threat of coronavirus but also disinterested in acting as any kind of exemplar through his behaviour.

Mourinho cut a completely composed figure throughout this encounter, his demeanour hardly ever straying any further than a toss-up between disinterested and coolly detached. A sardonic, dismissive wave of the hand to the fourth official was all he could muster even when contesting the five minutes of time added in the first half.

Mourinho not even up for a fight

The woeful football on offer perhaps left Mourinho so glum that he even lost interest in an on-pitch spat between two of his key players. Hugo Lloris charged at Son Heung-min, berating the South Korea forward after the half-time whistle. The rest of the Spurs players kept the two team-mates separated and ushered everyone off the field. Mourinho meanwhile was almost 30 yards away, sauntering off the pitch – either with no care in the world, or caught up in his own thoughts. Lloris and Son were caught on camera in a mini hug while in the tunnel awaiting the second half. So any issue must have been sorted at the break.