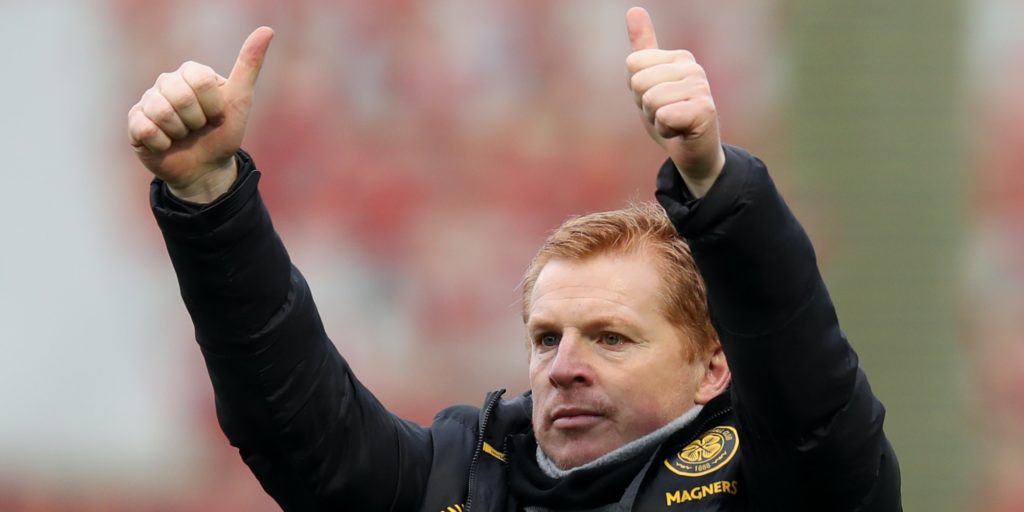 The fixture list for the new season was released by the Scottish Professional Football League on Monday morning.

Neil Lennon hopes to welcome Celtic supporters back through the Parkhead turnstiles in time for October’s opening Old Firm clash.

The fixture list for the new season was released by the Scottish Professional Football League on Monday morning, subject to approval from the Scottish Government for the restart of football, and will see the Hoops kick off their quest for a record-breaking 10th successive title against Hamilton on Sunday, August 2.

But the curtain-raiser is likely to take place at an empty Celtic Park, with behind-closed-doors game restrictions still in place due to the coronavirus pandemic.

However, Lennon is hopeful there will be crowds in the stands by the time his team welcome bitter rivals Rangers across Glasgow on October 17.

In recent years, the first derby clash of the season between Celtic and Steven Gerrard’s men has been staged in early September – but Hampden chiefs have this year pushed it back six weeks to the 11th round of fixtures in the hope that by then the Scottish Government will have relaxed rules on social distancing.

Asked if he was encouraged by the prospect of having fans inside the stadium to cheer his side on against Gers, Lennon told Sky Sports News: “Yeah, very much so. Hopefully by September-October time we may get permission to get the punters in through the door, which would be fantastic.

“While it’s great to see football back, it’s just not the same without supporters.”

Neil Lennon’s side were crowned nine-in-a-row champions last season when the campaign was curtailed prematurely due to coronavirus.

Now the Hoops will set off in search of another historic triumph when they welcome Brian Rice’s Accies to Celtic Park for their opening weekend clash.

“We are very excited,” added Lennon. “It’s a big season for us domestically and obviously on the European front as well.

“It will be difficult playing without supporters and that’s something we’ll have to adapt to very quickly.

“We’ve got to take it as the next title, really. For some of the players who come in, it will be their first. For some, they will be going for their 10th.

“But we’ve just got to keep a balance and say it’s the next challenge. There is going to be a lot of hype surrounding it.

“It is monumental what we’re going for but we can’t let it distract us from actually playing the games and not look too far ahead.”

Rangers will be determined to halt their rivals’ reign of domination as they start their season with a trip to face Aberdeen at Pittodrie on Saturday, August 1.

There will be extra poignancy on January 2 when Glasgow’s big two meet for their traditional New Year showdown in Govan as the clubs mark the 50th anniversary of the Ibrox disaster, while the third derby is back at Parkhead over the weekend of March 20.

Dundee United – who are reportedly set to announce Tranmere boss Micky Mellon as their new manager – will make their return to the top flight after a four-year absence, so long as the legal challenge launched by relegated Hearts and Partick Thistle does not scupper their plans.

Tayside rivals St Johnstone are scheduled to be the Terrors’ first opponents at Tannadice on August 1, with Callum Davidson taking over from the departed Tommy Wright for the first time.

The opening day also sees Hibernian welcome Kilmarnock to Easter Road and St Mirren facing off against Livingston in Paisley, while Motherwell’s trip north to face Ross County in Dingwall has been pushed back until Monday, August 3.

Meanwhile, the winter break has been scrapped as league chiefs aim to make room for cup ties left over from last season, with games scheduled to be played across the four weekends in January.

But SPFL chief executive Neil Doncaster has warned the new campaign could yet be placed on hold if the virus makes a reappearance.

He said: “The unveiling of the 2020/21 Premiership fixtures will allow clubs and fans to start planning their schedules, but it must be stressed that they remain subject to approval from the Scottish Government for the restart of football in Scotland.”