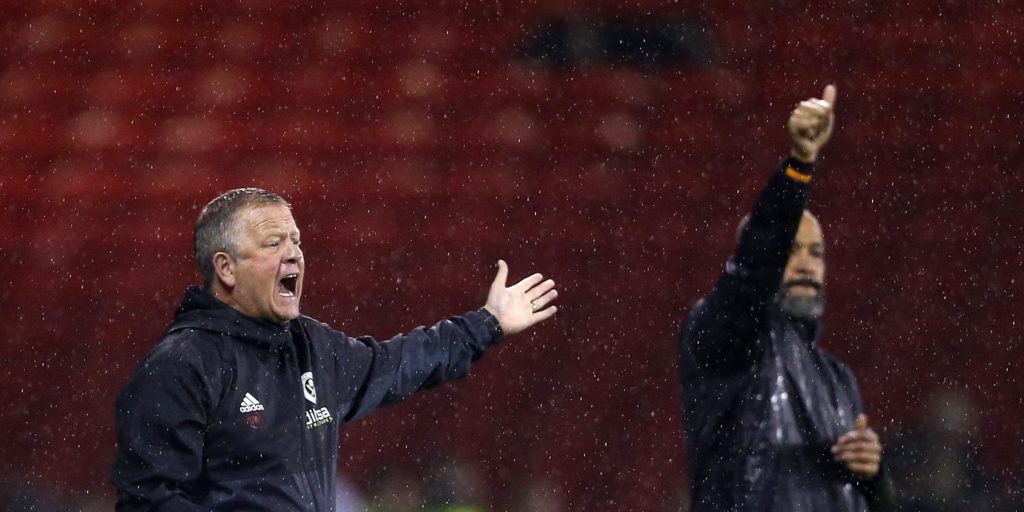 Wilder has shown his appreciation of the work done by his counterpart at Molineux.

Sheffield United boss Chris Wilder has spoken of his admiration for Wolves and their manager Nuno Espirito Santo ahead of Wednesday’s Premier League clash between the two sides.

Under Nuno Wanderers won promotion as Championship title winners and finished seventh in their first season back in the top-flight.

They are on course to better that this season, despite a Europa League campaign that started in July 2019 and which has seen them play 15 matches in the competition en route to reaching the last-16 stage.

Wolves, currently sixth in the table, will arrive at Bramall Lane five points behind fourth-placed Chelsea and four in front of Wilder’s team as they look to qualify for the Champions League.

“They have put themselves in a brilliant position to do that, haven’t they? They have done brilliantly and are in a great position,” Wilder said.

“We saw a lot of them in the Championship and for me they were always a Premier League club in waiting, both on and off the pitch.

“They still had to produce the performances and they did and they won the division pretty comfortably.

“Nuno is magic, he’s a really good guy and we always have a beer afterwards. I have a lot of respect for him and his team plays fabulous football, and they are resilient.

“They have some big-money players there that are coveted by other teams but their attitude is right and the attitude of the manager is brilliant and he gets a lot out of the players.

“They have the ability to attract some top quality players but you still have to make it work, and Nuno does that.

“I think they expected to go just as well this year as they did last year and I am not surprised they have, with the combination of really good players and a fantastic manager who asks everything from them.

“They are organised and the work ethic of the team and fitness of the team is there and they have that quality as well.”