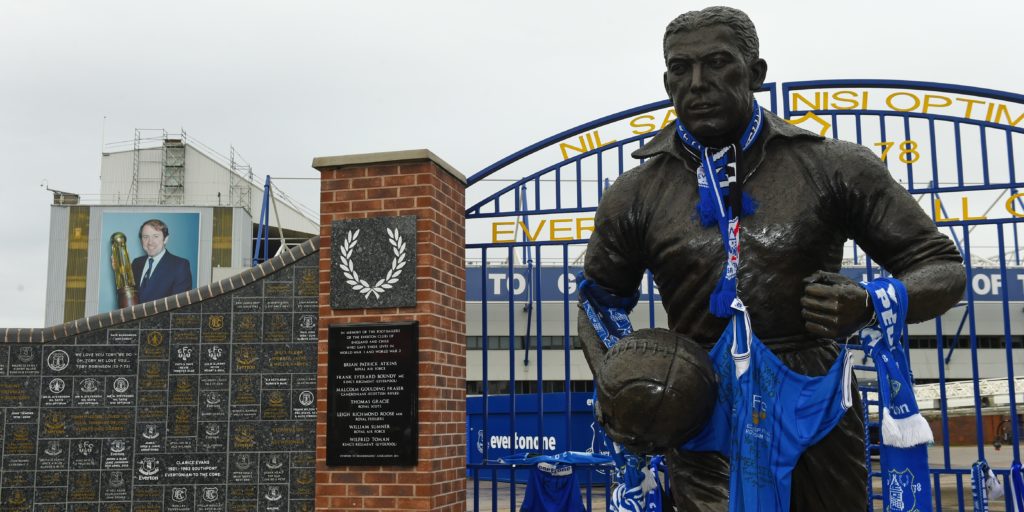 A flare was ignited on the statue outside Goodison Park.

Everton have confirmed they are assisting Merseyside Police with enquiries after a flare was ignited on the Dixie Dean statue outside Goodison Park.

Footage of the incident was widely shared on social media and prompted outrage from Toffees fans, with flowers and tributes to loved ones surrounding the bottom of the statue.

A statement from the club said: “We encourage anyone with information relating to this disappointing and disrespectful incident to contact Merseyside Police.

“Following inspection – and cleaning of the memorial and the site – we can thankfully confirm no permanent damage has been done to the statue of our greatest-ever goalscorer – or the floral tributes laid at the foot of the statue.”