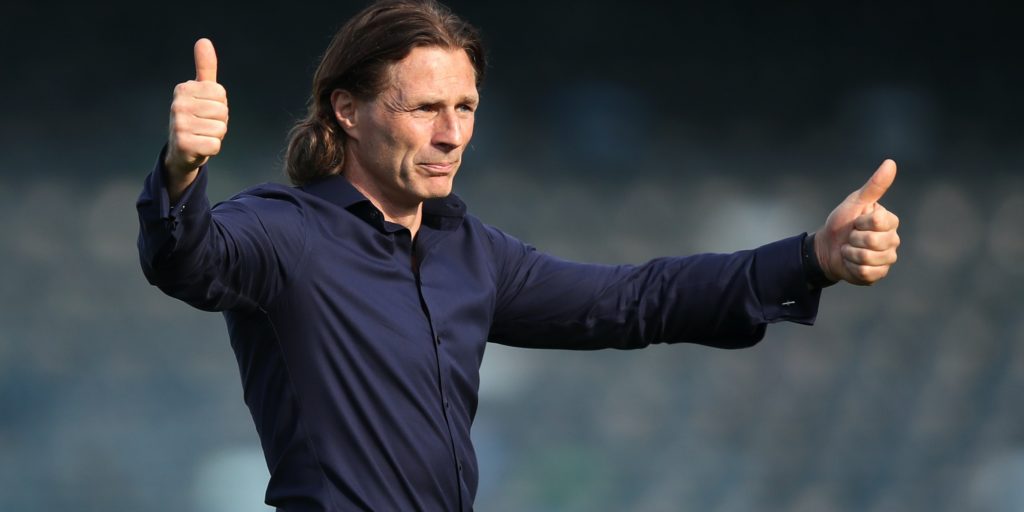 The Chairboys will face Oxford for a place in the Championship.

The Chairboys had taken control in the first leg with an emphatic 4-1 victory at Highbury against nine men, and booked their place at Wembley with a 6-3 aggregate success following a 2-2 draw at Adams Park.

Fleetwood took the lead in the 22nd minute, but Wycombe hit back just after the restart, with Onyedinma capitalising on a defensive mistake.

The visitors regained the lead, with Ched Evans converting his second penalty of the tie, only for Onyedinma to grab his second goal of the game in the final stages to secure his side’s place against Oxford in the Wembley play-off final.

Ainsworth said: “I can’t thank the boys enough, their efforts have just been phenomenal all week, all four weeks since they got back from lockdown all they’ve been focusing on doing is being their best and I asked them to be better than they were on Friday.

“It was a tough ask but they’ve defended unbelievably against what I would say is the best away footballing team we’ve had down here all season.”

On the strength of his team, he added: “We defended really well, it’s about those headers, those moments in front of your own goal that you’ll die for to defend and I’ve got this pack that will die for each other out there.”

Fleetwood manager Joey Barton was proud of his players after they showed fight in the second leg during their draw at Adams Park.

Speaking after the game, the Fleetwood boss said: “I asked the lads to respond and give a good account of themselves and show what we see on the training ground every day and I thought they did that tonight.

“I thought that we approached the game correctly and we did everything that we could to win the game, creating opportunities and in football sometimes for all the good work and everything you do need a bit of a rub of the green or a ball to bounce your way.

“First leg the damage was done really, we give ourselves a mountain to climb but what I love about the group is we came here believing, we never gave up on it and I think that performance tonight showed just how tight knit we are as a group and we’ll come back bigger and stronger.”