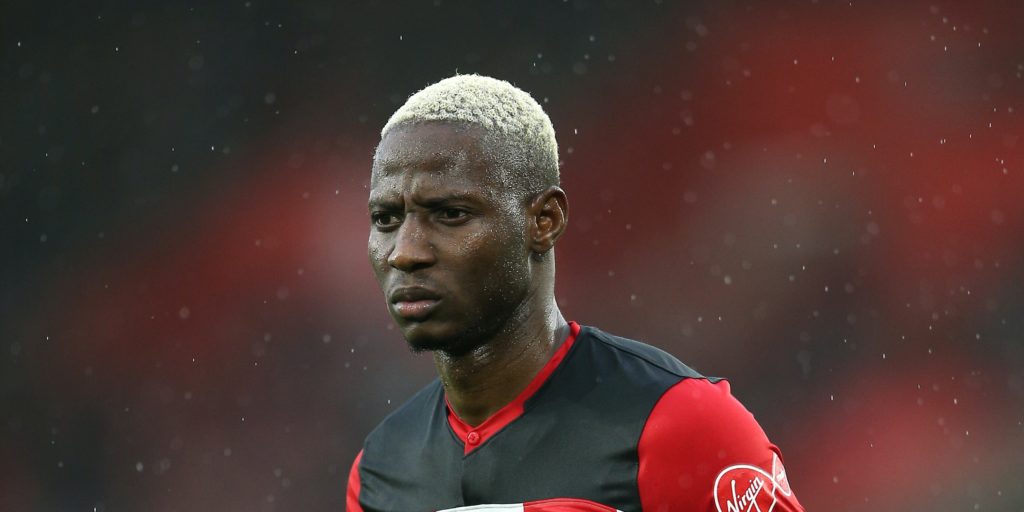 The winger is among a clutch of Southampton players who are struggling for fitness.

Moussa Djenepo’s long-awaited return to action has been delayed by a calf injury that has ruled the winger out of Southampton’s trip to Everton.

Having joined from Standard Liege in a GBP 14million deal last summer, the exciting 22-year-old has shown flashes of brilliance during a stop-start first season at St Mary’s.

Djenepo’s red card against Newcastle in March meant he was suspended for Southampton’s first three matches back following the coronavirus-enforced break in play.

The Mali international was on the bench for Sunday’s superb 1-0 win against Manchester City, but Ralph Hasenhuttl has revealed he is unavailable once again.

“We have another injury with Moussa, which is not a coincidence for a player who has had a longer time off with a suspension,” the Saints boss said.

“He’s had less training and games and sometimes this can lead to injuries during an intense programme like this.

“We have a few injuries, but I cannot say how many changes I will have to make.

“At the moment they’re all a little bit tired, but tomorrow we will look and decide who is and isn’t available to play.”

Djenepo is among a number of players unavailable for Southampton’s trip to Goodison Park, although Pierre-Emile Hojbjerg – a reported Everton target – is set to be involved again.

“It’s a calf injury, so Moussa out,” Hasenhuttl said. “Jannik (Vestergaard) would also not make it until Thursday with his quad injury.

“Sofiane (Boufal) also out still. Yan Valery with a muscle injury also out.

“So you see this first two, three weeks have also had an impact in our players.

“Pierre can be an option for the bench, that is quite possible. And, yeah, the rest we will have a look.”

Hasenhuttl’s side head to Merseyside buoyed by the hard-fought win against swashbuckling City.

The Saints boss said his side ran a combined 123km – 8km more than their opponents – on Sunday evening, when the Austrian made just one alteration across the regulation 90 minutes despite five substitutions being allowed.

“At first I must say that our athletic coaches, physios and doctors do a fantastic job in this club, to be honest,” Hasenhuttl said.

“The level they came back after the lockdown was amazing. It was a chance for us to immediately step up with developing our game.

“So, when we heard about the possibility we can make five changes now, we must also pay attention.

“I had a few conversations with some managers in Germany and they said they had problems when they changed too much during the game because you lose your automatism, you lose your set-pieces maybe, some minimal automatism you normally have.

“That then costs you in the end some important points and this was a warning for me, but it doesn’t mean that I don’t want to sub my tired players.

“I have some alternatives on the bench and I trust them absolutely, but it’s always about in what position in the game you are, when you can change it or not.”