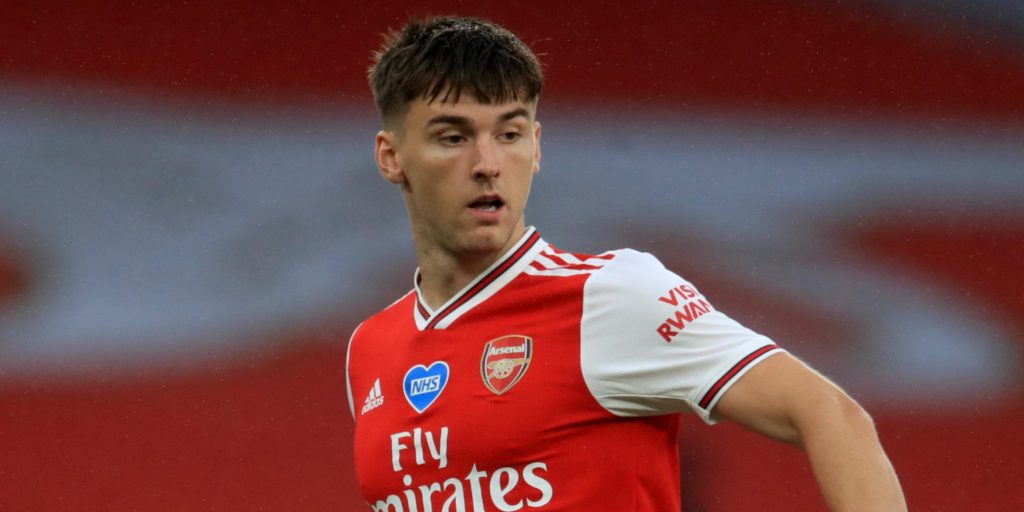 The Gunners played some of their best football of recent times against Leicester.

Kieran Tierney has praised head coach Mikel Arteta for improving Arsenal’s fortunes – but has warned supporters there is no quick-fix.

The Gunners drew 1-1 at home to Leicester on Tuesday, conceding a late Jamie Vardy equaliser having been reduced to 10 men following Eddie Nketiah’s red card.

But for large periods of the game, Arsenal played some of their best football of recent times and should had added to Pierre-Emerick Aubameyang’s opening goal to seal a fourth straight Premier League win.

Back-to-back defeats following the resumption of the season threatened to derail the good work Arteta was putting in place before lockdown, when his side had lost just one of 13 games across all competitions.

Since Arteta’s appointment in December, only Liverpool and Manchester City have taken more points than Arsenal in 2020 – with Tierney happy to give the credit to his manager.

“The boss has been brilliant,” he said.

“I think we had a period to work closely and obviously coming back we had a few weeks to work without games.

“We did that, we worked hard every day and continued into the games – the first few results we got weren’t ideal but we are building something here and it isn’t going to happen overnight.

“I think everybody can see we are progressing well, we’ve still got a long way to go but we are doing all we can, listening to everything he says and we all believe.”

A draw against a side that has been in the top four for much of the season would be considered a good result for most teams.

But the shift at Arsenal is underlined by the fact Tierney was left frustrated by Leicester’s late comeback.

“We are disappointed we only got the draw but we were down to 10 men so there are positives to take, but the dressing room is a bit down with the draw,” he added.

“Of course, a red card is always a game-changer, especially against a team like Leicester who are going to keep the ball.

“We did enough to win the game, getting the second goal would have been crucial.

“In the changing room we are all down and disappointed and we feel we played well.”

For Leicester, the draw takes them a point closer to achieving Champions League qualification following a stuttering restart to their season.

They sit three points clear of fifth-placed Manchester United having played a game more and midfielder Youri Tielemans highlighted the draw at Arsenal could still prove vital come the end of the campaign.

“We conceded a goal early on, but we showed great character and mentality to come back into the game.

“We tried and pushed up until the end to grab three points. We only got one, but it’s still a massive point and it could count at the end of the season.

“We came back from the restart really fit and we just have to keep going. Now, the games are coming, so we have to be ready in every game and recover as much as we can.”