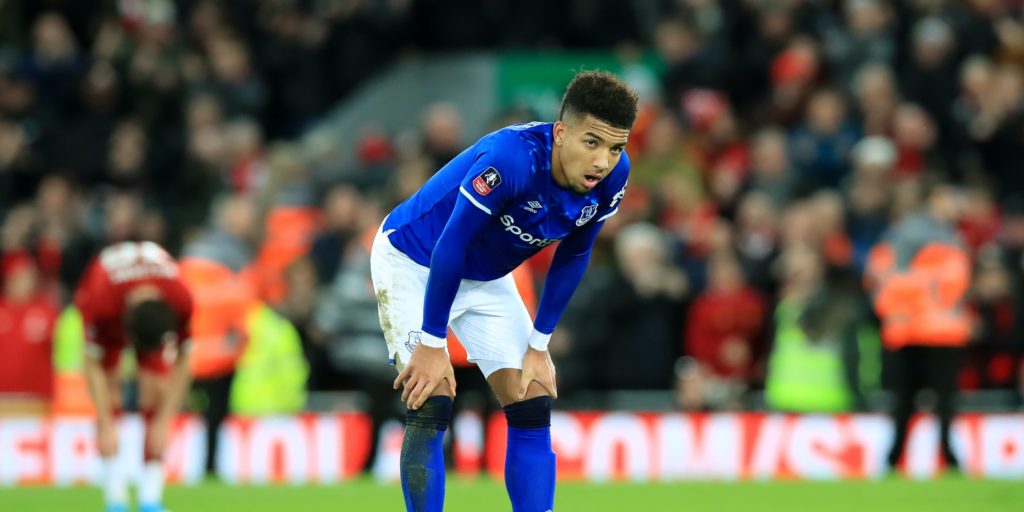 Yerry Mina is set for his first start since February.

Everton defender Mason Holgate will miss the visit of Southampton because of a knock he sustained in Monday’s defeat at Tottenham.

Holgate’s replacement at Spurs, Yerry Mina, is therefore set for his first start since February.

Winger Theo Walcott is available again, having not featured since March after abdominal surgery, but midfielder Fabian Delph, out since February, is still absent with a muscle injury.

Pierre-Emile Hojbjerg is back in contention for Southampton but Moussa Djenepo is unavailable yet again.

Reported Everton target Hojbjerg is able to return after missing the wins against Watford and Manchester City, with manager Ralph Hasenhuttl suggesting the midfielder would be named on the bench at Goodison Park.

Djenepo, who has only just returned from a three-game suspension, is out with a calf injury, joining Jannik Vestergaard (quad), Sofiane Boufal (thigh) and Yan Valery (muscle) on the sidelines. Nathan Tella also missed the City game through injury on Sunday, when Will Ferry was named on the bench for the first time.