Home News Florian Kamberi not interested in another loan deal 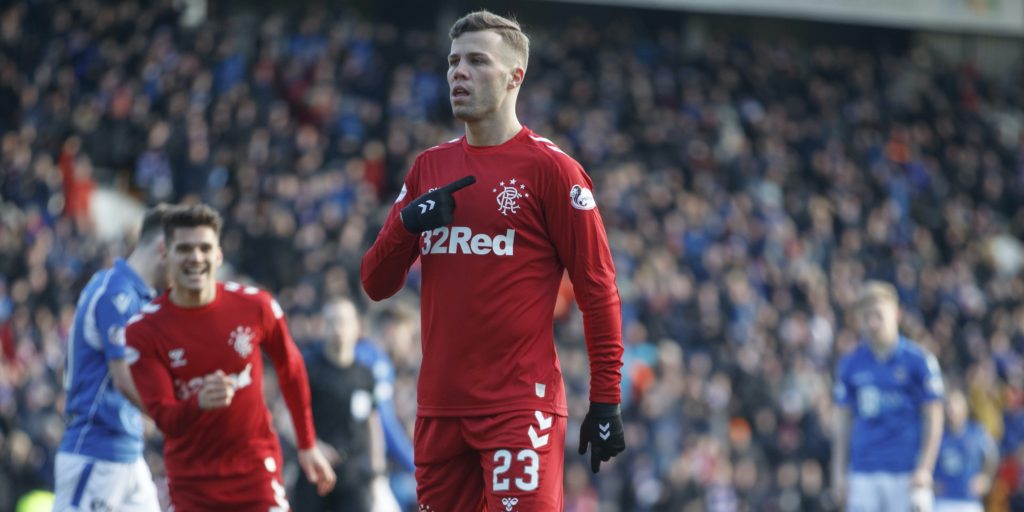 The striker joined Rangers on a temporary basis in January.

Florian Kamberi will only consider returning to Rangers on a permanent deal, the PA news agency understands.

The Hibernian striker made a controversial loan switch to Ibrox back in January after trading places with Gers midfielder Greg Docherty.

But he upset the Leith support during his unveiling when he described the Gers faithful as the “best fans in the world”.

It looked like his stint in the capital was over when Easter Road boss Jack Ross later admitted those comments had made a return to Hibs “challenging”.

While the 25-year-old has rejoined his parent club for pre-season training, Ross again cast doubt on his long-term future with Hibs during an interview with Sky Sports News on Tuesday when he admitted the Swiss-born frontman could yet be sent back to Ibrox ahead of the new season, saying: “There is continued dialogue to try and find a solution which suits both parties.”

But sources close to Kamberi, who has 12 months left on his Hibs contract, have told PA he is not interested in another loan and will only agree to rejoin Steven Gerrard’s team if a permanent deal can be struck.

Kamberi, who scored once in six appearances for the Light Blues before the campaign was called to a halt by the coronavirus outbreak, believes he is coming into his peak and is looking for some stability having already racked up spells at five clubs so far.

Rangers remain his preferred option but with interest from Championship clubs down south as well as from Switzerland and Poland, he is content to wait for the best offer.