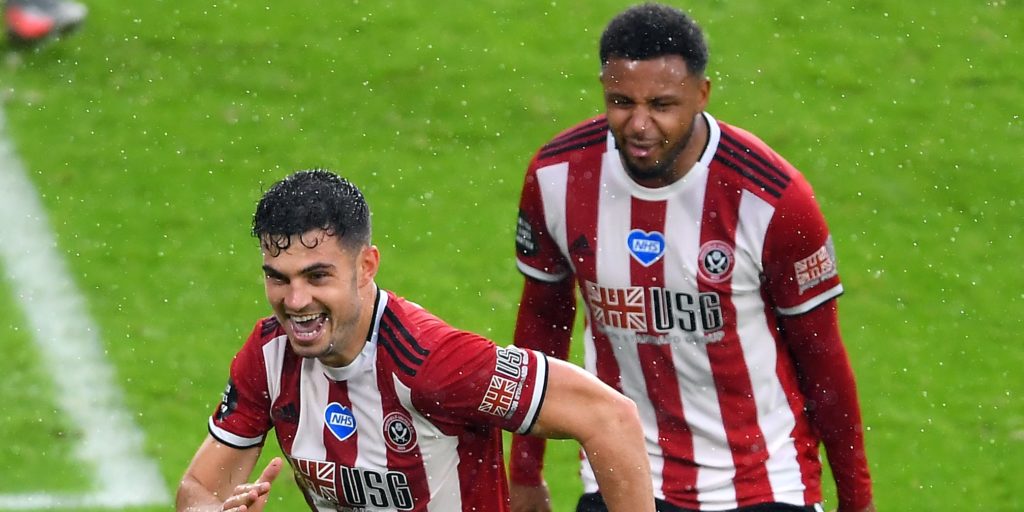 It looked like the game would finish goalless but Egan headed home Oliver Norwood’s corner following a sustained period of Blades pressure to give Chris Wilder’s side a crucial victory.

The win moved the hosts above Arsenal into seventh place and just a point behind their opponents in the Premier League table, keeping their dreams of Europa League football next season alive and kicking.

Meanwhile, successive defeats for Wolves have likely ended their hopes of making the Champions League, although Nuno Espirio Santo’s side could still qualify for the competition should they win the Europa League next month.

Wolves made one change after the home defeat to Arsenal with Diogo Jota coming in for Leander Dendoncker.

Both sides got their passing games going early on in what was a competitive opening, but equally the organisation of the two teams often meant that free-flowing football lacked a cutting edge around the penalty areas.

When Wolves worked their way through the Blades defence after 14 minutes, Raul Jimenez’s touch on his chest was heavy as he tried to control Adama Traore’s cross and what would have been a clear shot on goal eight yards out was lost.

Shortly afterwards, Oliver McBurnie got across the front of Conor Coady at the near post to meet O’Connell’s cross but his glancing header was straight at Rui Patricio.

O’Connell cynically halted Jota’s drive towards goal after half an hour and received a yellow card for the foul. Ruben Neves fired the resulting free-kick goalwards but his effort clipped the top of the crossbar on its way over.

Wolves had a couple of let-offs either side of half time when Willy Boly’s pass-back to Patricio was pounced upon by Sharp but his shot was blocked by the goalkeeper.

Sharp was involved again early in the second half when he put the ball in the net, only to see his celebrations curtailed by an offside flag.

It was the beginning of a sustained period of pressure for the Blades but Wolves, marshalled at the back by Coady, largely kept the hosts at arm’s length until Jonny switched off 12 minutes from time but, thankfully for him, George Baldock’s header went wide.

Wolves endured a late barrage of pressure as the Blades went in search of a winning goal and their endeavour was rewarded in injury time when defender Egan, who scored a superb goal in the draw at Burnley at the weekend, rose highest to head home Norwood’s corner, sending Wilder leaping in joy down the touchline.