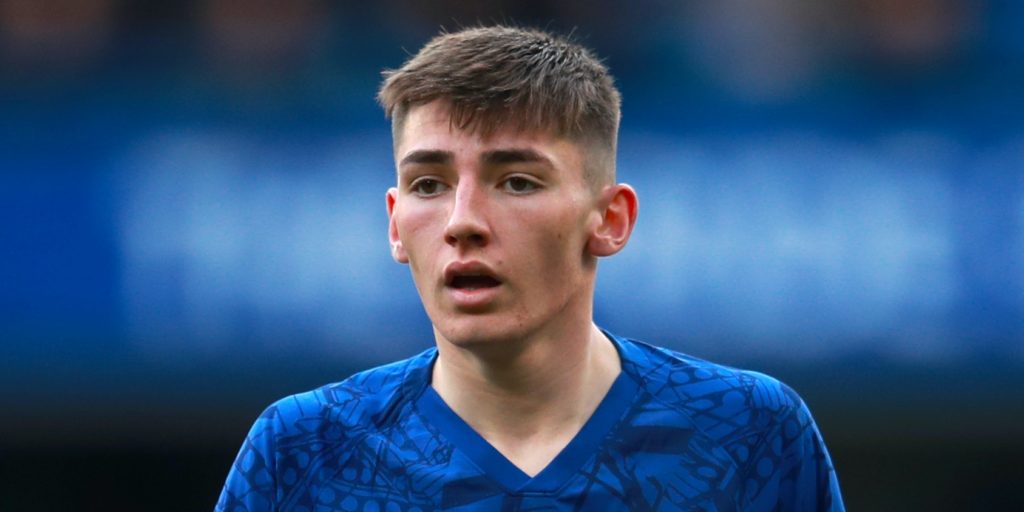 The 19-year-old has enjoyed a breakthrough season.

Billy Gilmour has suffered a knee injury and will be a doubt for Chelsea’s Premier League trip to Sheffield United on Saturday, the PA news agency understands.

The 19-year-old Scottish midfielder started Chelsea’s 3-2 win at Crystal Palace on Tuesday but is now being assessed ahead of the Blues’ Bramall Lane trip.

N’Golo Kante could yet miss the Blades encounter, with France’s World Cup-winning midfielder battling to shake off a hamstring issue.

Frank Lampard will hope to have Mateo Kovacic available again after a calf complaint, however, and a return for the Croatia star would ease the Chelsea boss’ midfield concerns.

Gilmour has enjoyed an impressive breakthrough campaign at Chelsea, with the former Rangers youth star exuding calmness and quality on the ball at Premier League level.

Chelsea will want the teen sensation back in action as soon as possible, especially in light of their other midfield injury issues.

Jorginho made his first appearance since the league’s resumption when replacing Gilmour late on in Tuesday’s win at Selhurst Park.

The Italy holding midfielder could step up to start should both Gilmour and Kante remain sidelined this weekend.

Juventus are understood to maintain their interest in luring Jorginho away from Stamford Bridge this summer, but the 28-year-old could now play an increased part in Chelsea’s Premier League run-in.

And the former Napoli star insisted earlier this week that he will not be distracted by any talk of the close-season situation.

“I just have to stay focused on when the teams need me,” he told Chelsea’s official club website.

“There have been rumours but I haven’t heard anything; I am just focusing on finishing the season well with Chelsea and qualifying for the Champions League.”