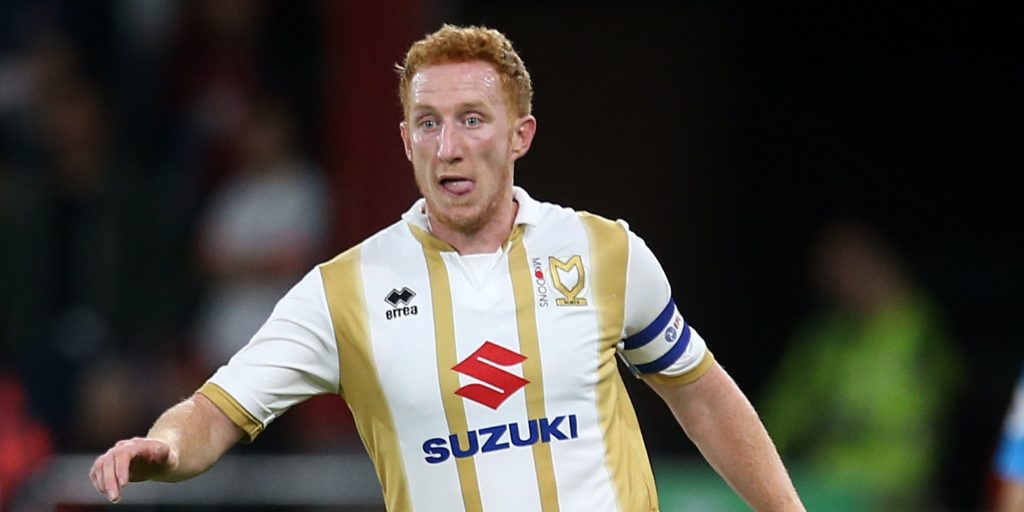 Lewington was a member of MK Dons’ inaugural team against Barnsley during the 2004-05 season.

MK Dons captain Dean Lewington has extended his long association with the club after signing a new contract.

The length of the new deal remains undisclosed but the 36-year-old will remain at the Sky League One outfit as he and the club enter their 17th campaign together.

Lewington was a member of MK Dons’ inaugural team against Barnsley during the 2004-05 season and has gone on to make 757 appearances in all competitions.

The left-back has been involved in three promotions with the club, including when the Dons reached the Championship during the 2015-16 campaign, and also lifted the EFL Trophy in 2008.

Lewington told local radio station MKFM, as reported on the club’s official Twitter account: “It was an easy decision.

“I’ve known it was coming down the pipeline but with all that’s going on it was put on the back burner. It’s nice to get it done, so we can concentrate on the football.

“Russ (Martin) brought back a lot of what MK Dons is known for. The results and performances have improved. While it’s difficult to say what we can do next season, there are some positive signs for sure.

“It’ll be nice to get over 800 appearances for MK Dons. I’ll be doing my best to put myself into contention to do that.”