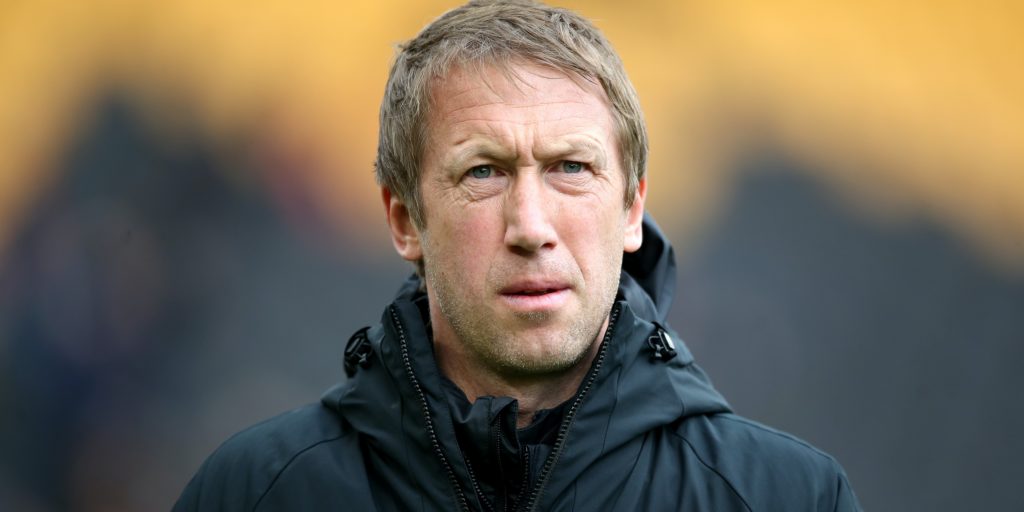 Albion made poor defensive errors during their loss to Liverpool.

Graham Potter insists Brighton can learn from their mistakes after being branded “naive in the extreme” by Graeme Souness for attempting to play out of defence during the defeat to Liverpool.

Albion fell two goals behind inside eight minutes against the Premier League champions on Wednesday evening following sloppy individual errors deep inside their own territory.

Sky Sports pundit Souness, who briefly managed Potter when he was a Southampton player in 1996, was baffled by the Seagulls’ risky tactics in the early stages of the 3-1 loss.

Brighton boss Potter looks unlikely to compromise his footballing philosophy going into Saturday’s clash with second-placed Manchester City but accepts there is definite room for improvement.

“I can understand his points. It’s not the first time I’ve heard that,” Potter said in response to Souness’ comments.

“The challenge is for us to be better at recognising situations.

“Maybe you can kick it long for 20, 30, 40, 50 minutes and eventually start to play but there’s no solution there either because I’m sure teams have tried that as well.

“We want to try and improve that aspect of our performance and sometimes how you do that is by making mistakes, by testing yourself against the very best and that’s what we did.

“But clearly we have to improve as well.”

Brighton midfielder Davy Propper was caught dawdling in possession ahead of Mohamed Salah’s opener before defender Adam Webster overran the ball in the build up to Jordan Henderson’s second.

Albion grew into the game and deservedly halved the deficit through Leandro Trossard’s thumping half-volley but were unable to salvage anything after Salah to put the result beyond doubt with his second.

Belgian winger Trossard, who claimed the decisive goal in last week’s 1-0 win at bottom Norwich, was a major positive for Albion, causing the visitors plenty of problems during a lively display.

Potter believes there is more to come from the former Genk captain as he continues to adapt to the top flight.

“I think he is (improving). He’s landed from a different country into a new team, into a new environment, so it’s normal that he adapts. It’s a process,” said Potter.

“He’s got a stronger understanding of us, we understand him a bit more, there’s more to come from him.

Brighton remain nine points clear of the relegation zone, albeit having played a game more than both 18th-placed Aston Villa and second-bottom Bournemouth.

They have no fresh injury concerns ahead of the meeting with Pep Guardiola’s City.