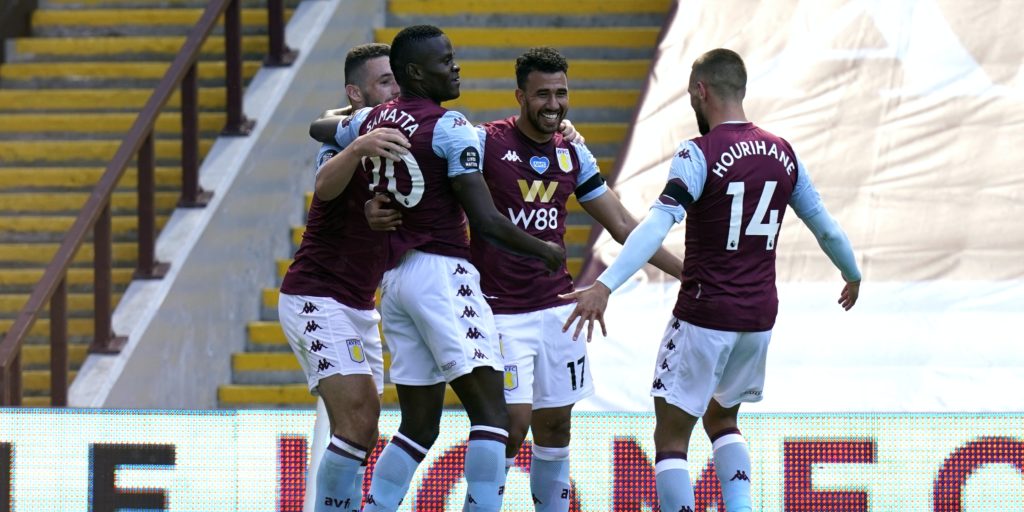 Ahmed Elmohamady admits Aston Villa will need to win all their last three games to beat the drop.

Villa are second bottom in the Premier League, four points from safety, and travel to Everton on Thursday.

Sunday’s 2-0 win over Crystal Palace handed them a survival lifeline after two goals from Trezeguet.

Dean Smith’s side also face Arsenal and West Ham this month and Elmohamady knows there is no room for error.

“There’s always pressure when you’re in the relegation zone, but you have to keep fighting,” he told avfc.co.uk

“We have three games left and we have to try and win them all to stay in the Premier League.

“In the final three games, we have to win. There is no other option. We have to go to Everton with a mentality like today, keep a clean sheet and get the three points.”

Palace suffered a fifth straight defeat as their end to the season continues to falter, although they are no in relegation danger.

They were denied an opener after Mamadou Sakho’s goal was ruled out by VAR for handball but defender Scott Dann insisted the Eagles should have been stronger against a Villa side fighting for survival.

“We’ve been there, we’ve been on the other end over the last five or six years. We knew what to expect because we’ve been fighting for points at certain times of the season,” he told the club’s website.

“To say we didn’t know what to expect wouldn’t be the truth; we knew what was going to come at us and I think it was more a case of our own personal performance rather than Villa’s performance that was the most disappointing thing.”