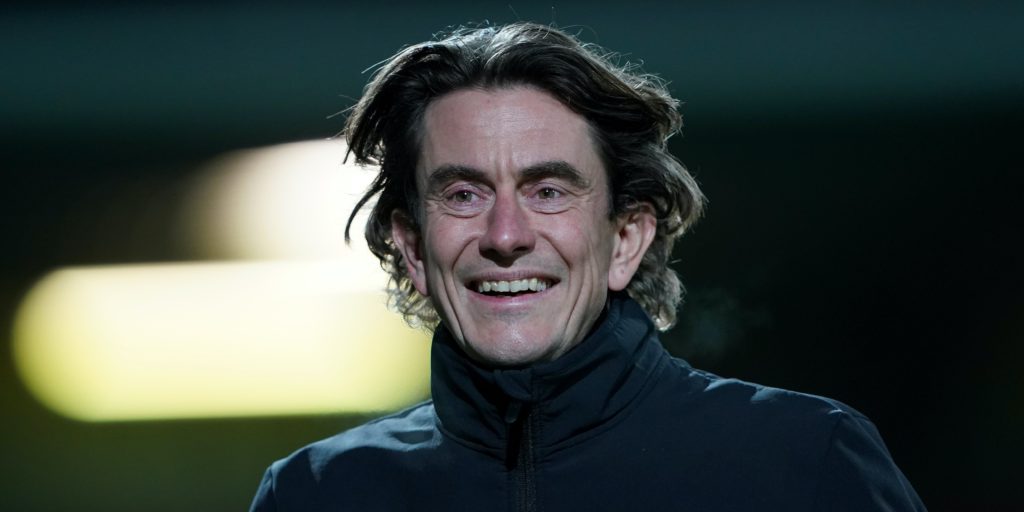 Watkins scored his 25th goal of the season to earn the Bees victory.

Brentford manager Thomas Frank said ever-improving striker Ollie Watkins was a “pleasure to work with” after he scored the only goal in a 1-0 win over Preston at Griffin Park.

Watkins grabbed his 25th goal of the season in the early stages to move ahead of Fulham’s Aleksandar Mitrovic in the Sky Bet Championship golden boot race.

And Bees boss Frank said: “All the praise to Ollie – he’s done amazing.

“He’s a pleasure to work with in terms of his determination, his desire.

“The key thing for me to coach him this year was his position in the box for crosses and he has improved that massively, he has also improved his link-up play.”

The win extends Brentford’s flawless record since the resumption, and also equals a club record of eight successive league wins in the same season in what could be their penultimate match at Griffin Park, the club’s home since 1904.

Frank said of the winning streak: “I will sit down with a glass of wine tonight and think it’s actually quite good.

“Eight wins on the bounce, eight well-deserved wins. Only Bayern Munich or Madrid are doing that at this moment in time.

“In a league we all call the most even league in the world, that is remarkable. Of course we want more and to aim higher (but) no matter what is thrown towards us we are ready for it.”

Brentford’s victory moved them to within a point of the automatic promotion places.

Frank added: “We are in the play-offs, that’s a fact. Why not give it a go for the direct promotion?

“We are on a high. The only thing we can do is focus on the next game.”

Preston have endured different fortunes since the restart, having been sixth in February. They currently sit in ninth place, five points off the final play-off spot, but manager Alex Neil insisted the race was not over.

“I don’t think we played poorly. We’re playing against a team which is fighting for promotion on this level,” he said.

“The way we went about it tonight I thought was very good.”

“It’s just frustrating because I thought we had some good performances tonight, and I thought in the second half we penned them in for the first 20 minutes.”