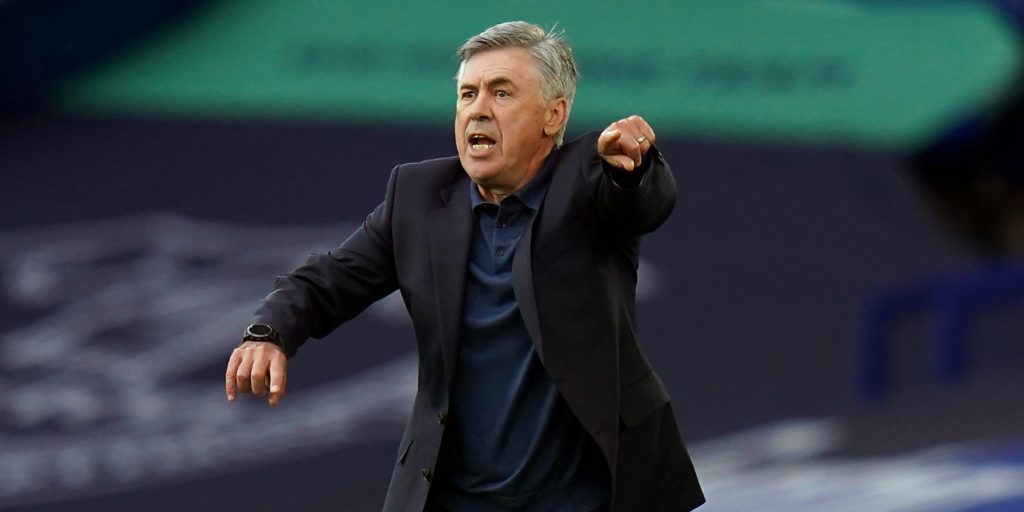 Everton manager Carlo Ancelotti has called for his players to show more character and courage in order to improve their poor away record.

The Toffees have suffered 10 defeats and won just four times – all against teams below them in the table – in 17 matches on the road this season.

If Ancelotti is to find any comfort it is that three of those wins have come since he took charge in late December but he knows they have to be more consistent away from home.

“I think what we have to improve is the personality, the courage we are used to having at home,” said the Italian ahead of the trip to Wolves.

“We have more difficulties to show it away, more personality, more character.

“It takes a little bit of time to come but for this kind of game we need to have this.”

What has been a positive for Ancelotti is the form of Richarlison, who is now his go-to striker having arrived at the club two years ago as a winger.

The Brazil international scored his 14th goal of the season in all competitions in Thursday’s 1-1 draw with Southampton, equalling his previous best from last season.

Ancelotti believes there is more to come from the 23-year-old.

“He is still young, but he has a lot of quality, a lot of character. He is really cold in front of goal,” he added.

“We are really happy to have this type of striker. He is really calm when he gets an opportunity.

“I think he is going to improve. With experience, with more knowledge he can improve his qualities.

“He is a complete striker – comfortable in the box, outside the box, on the counter-attack.

“He can play on the left, on the right, or in the centre. He is a really good player for us.

“He is young still but I think 20 goals per season is the minimum I would expect.”

While Richarlison has six goals in his last 13 matches, fellow striker Dominic Calvert-Lewin’s purple patch has dried up as, after scoring eight in Ancelotti’s first 11 matches in charge, he has gone six games without a goal.

“I think the first thing that he has to fix is don’t think to score goals,” said Ancelotti.

“To go on the pitch and want to score goals – this can be an obsession. He has to be quiet, calm and the goals will come.”