Daniel Farke accepts Norwich are heading for the Championship 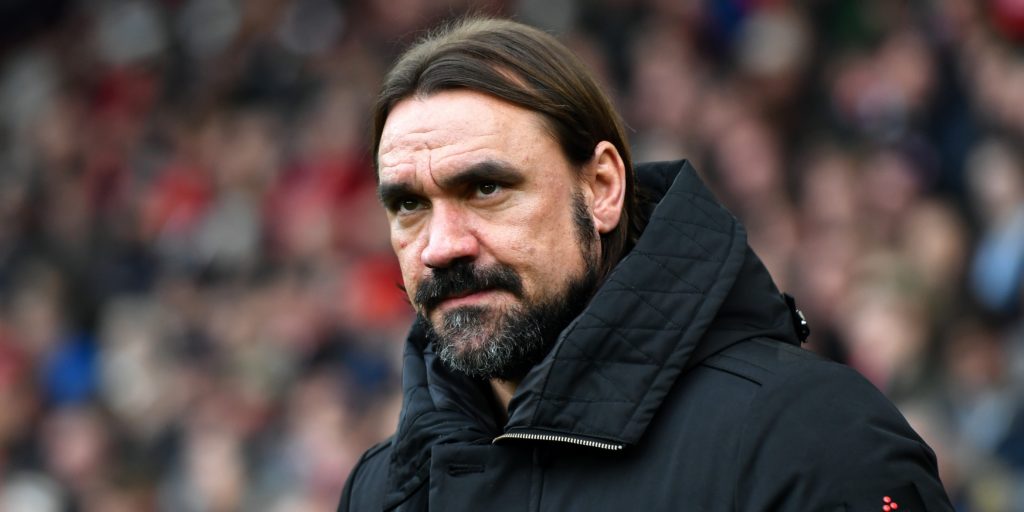 The Canaries’ relegation could be confirmed this weekend.

Daniel Farke has accepted that Norwich will be relegated from the Premier League at the end of the season, admitting that even victory in their remaining four games will not be enough to avoid the drop.

Sitting at the bottom of the standings and 10 points adrift of safety, Norwich must beat fellow strugglers West Ham on Saturday to stave off what seems to be the inevitable for a few more days.

Norwich have lost every match since the top-flight restarted and after welcoming West Ham, they face daunting trips to Chelsea and Manchester City either side of a home match with in-form Burnley.

Even if Norwich have a dramatic upturn in fortunes and take maximum points, Farke is taking a pragmatic view of their situation – although the German insists that is not dampening their spirit.

He said: “In terms of points if we don’t win this game then we are relegated, we know this. But let’s be honest, even if we win the last four games it won’t be enough to stay in this league.

“It doesn’t take anything away that we are highly motivated because we want to finish as strongly as possible but right now we know that it’s no more in our hands so we accept our situation. We’re not less motivated, not at all.

“We want to win some points, we want to be there with a good performance, we want to show our pride and our responsibility for the yellow shirt.

“But even if we win the last four games, I would say with at least a 99 per cent guarantee it would not be enough to stay in this league. It’s not the time right now to give fighting messages, it’s just a realistic judgement.”

Norwich, who slid to their sixth successive league defeat after being edged out by Watford 2-1 at Vicarage Road, surprised many by romping to the Championship title last season.

But they were unable to bolster their squad with proven top-flight quality last summer, and Farke pointed out that was always likely to hinder their bid to avoid dropping straight back down to the second tier.

He said: “We went into the season more or less like the same group and just a bunch of young lads and players who hadn’t experience at this level.

“We wanted to create a miracle and because of that we are still a bit disappointed that it’s just a realistic outcome and not a miracle outcome and for that it’s a bit too early to be excited about the Championship season.

“We want to enjoy our last games with good performances and hopefully some decent results.”

Farke, who revealed Todd Cantwell could be back in the matchday squad to face the Hammers in Saturday’s lunchtime kick-off, believes his group of players will be better for the experience of this season.

He added: “I’m struggling to accuse them or blame them, I feel more sorry for them. Of course we are disappointed with the outcome but the lads tried everything which is possible for their individual quality level.

“I’m a bit disappointed with a few mistakes or not using chances or not being effective enough, but I’m far away from blaming my players. I have to back them, they will develop and learn from this season.”