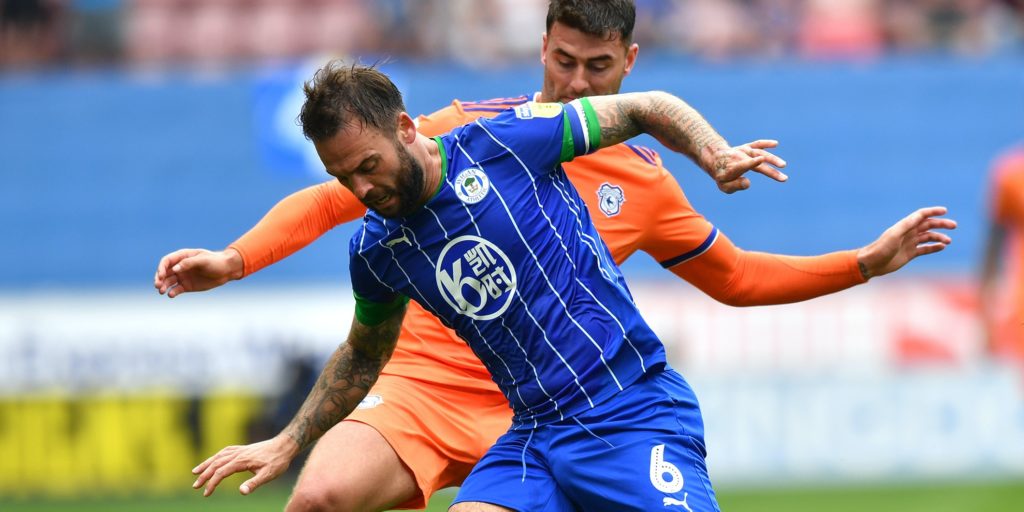 Joe Garner is also banned for the visit of the Tigers.

The defender was sent off in Saturday’s goalless draw at Barnsley, while Joe Garner is also out as he serves the final game of a three-match ban.

Fox’s absence will force Cook to shuffle his side, with Kal Naismith a possibility to slot in at the back and Gavin Massey and Gary Roberts also available.

Wigan go into the game three points behind Hull and in the final relegation place if the EFL’s expected 12-point penalty for falling into administration is applied.

Victory would be a huge boost for the out-of-sorts Tigers, who are looking to avoid a fourth straight defeat.

The weekend home loss to Millwall left Grant McCann’s men facing a crisis and they are once again without Herbie Kane, who has a hamstring injury.

Like Cook, McCann could shuffle his side, with Josh Magennis and Dan Batty among those expected to earn call-ups after coming off the bench against the Lions.

Otherwise, McCann does not expect any new injury concerns for a game his side can ill afford to lose if they are to retain their Championship status.