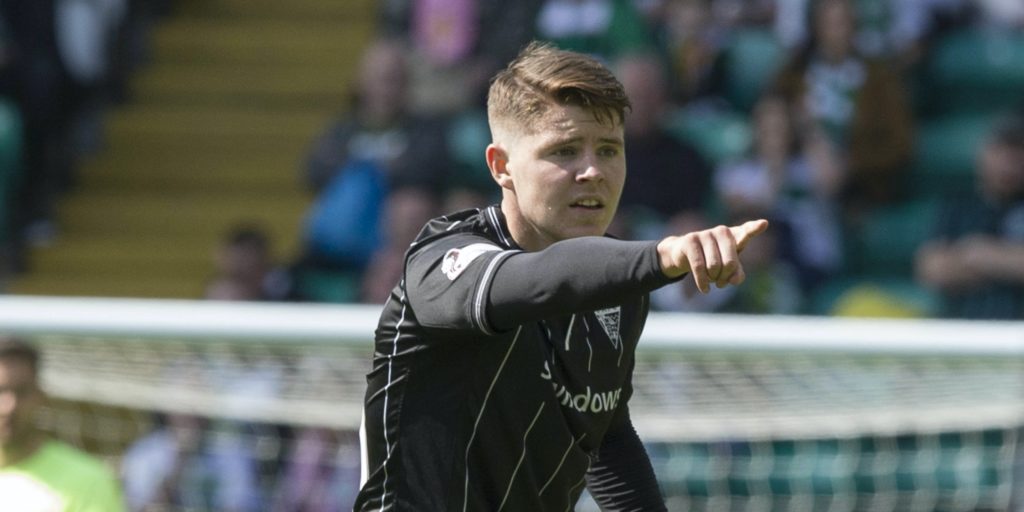 The 23-year-old striker moved from Dunfermline on Friday on four-year deal for a reported fee of £250,000.

Kevin Nisbet revealed he joined Hibernian on a lower wage than offered by the Easter Road club in January.

The 23-year-old striker moved from Dunfermline on Friday in four-year deal for a reported fee of GBP 250,000.

Hibs failed to capture the former Partick Thistle player at the start of the year and the financial effects of the coronavirus crisis has since changed the financial landscape at the Leith club and beyond.

In early April, after Scottish football was brought to a premature halt, Hibs players and senior staff agreed to defer a significant percentage of their wages and last month the Easter Road club entered into consultations with players and staff over potential wage cuts.

Nisbet, speaking in a zoom broadcast conference, said: “I took a lower wage than what I would have got in January and I think it is only right doing that.

“All the other boys are on deferred wages and it wouldn’t be right for me to come in and be on bigger wages. So yes, I took a lower wage.

“The lads have been first class since I came in, they have all welcomed me into the dressing room and helped me settle in really quickly.

“Obviously it is great that Hibs came in and paid a transfer fee for me, especially through hard times with the pandemic. I am grateful and hope to repay the club this season.”

Nisbet, who scored 23 goals for the Pars in the Championship last season, also revealed that he rejected a late bid from Hibs’ Edinburgh rivals Hearts.

He said: “They came in with an offer but no offer would have swayed me at that time.

“Hibs was the place I want to be and it has been since January, this is where I want to play my football.

“My agent (spoke to Hearts) but it was just a case of ‘no’ and getting the paperwork signed for Hibs.

“I just think Hibs is where I am comfortable playing football.

“I had offers to go down south as well which I turned down. As soon as I heard about Hibs in January, my mind was set.

“I was just hoping they would come back in during the summer and thankfully they did and I am buzzing to be here.”

Nisbet insists he is better placed to succeed in the Premiership than in his time in the top flight with Partick Thistle before he joined Raith Rovers in 2018.

He said: “When I was at Thistle, I didn’t play enough first-team games.

“I went on a few loans and it didn’t really work out. When I got released from Thistle it was a penny drop for me.

“My attitude wasn’t right on or off the park. I needed to get stronger, quicker, I wasn’t looking after my diet. I was going out too much.

“I thought I would need to drop down a few levels to play games and score goals and keep progressing and I did that at Dunfermline so this is the next step. I have matured and I am ready for the Premiership.”