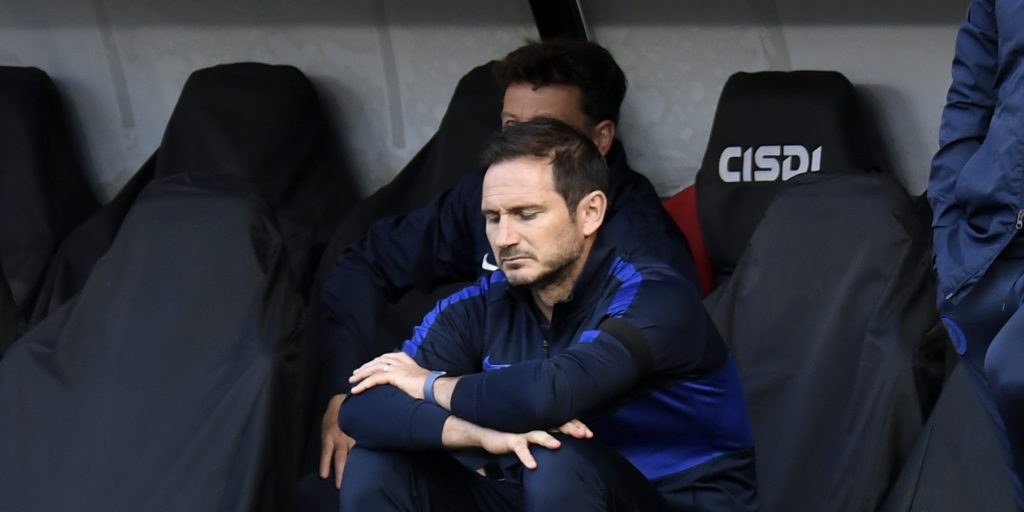 The Blues’ top-four hopes suffered a blow as they were swept aside by the Blades.

Frank Lampard said his Chelsea players had no time “to cry their eyes out” after their 3-0 Premier League defeat at Sheffield United.

The Blues began the day in third place in pursuit of a Champions League place, but could fall out of the top four on Monday if both Leicester and Manchester United win their game in hand.

David McGoldrick scored his first Premier League goal to give the Blades the lead and pounced again in the second half to seal a stunning victory after Oli McBurnie’s fine header had given them a 2-0 half-time lead.

“You tend to learn more from tough moments and tough games,” Lampard said. “The most important thing is that collectively it is not (time) to cry our eyes out.”

Lampard’s side had won five of their six previous Premier League matches, but were roundly beaten on their first visit to Bramall Lane in nearly 14 years.

“They were also stronger than us. With no crowd you can hear every voice. All I could hear were Sheffield United voices.

“You know if you come here below par collectively, as we did, then something like this is going to happen.

“We have to put this to bed and keep fighting to finish in the top four. We are still in that race because what we have done this season.

“I learned a lot today – I learned a lot that I won’t forget. We might be outside the top four when we play again, but it’s not about that right now – I’m more concerned about this performance.

“I know we can’t approach our games against Norwich, Manchester United, Liverpool or Wolves in the same vein.”

The Blades have leapfrogged Wolves into sixth place, four points behind Manchester United, to give their Europa League hopes another big boost.

But Wilder, who admitted his side had “been close to our max” against Chelsea, tried to pour cold water on suggestions they could challenge for a top-four finish.

“We’re just after another performance from the players. They look like they’re enjoying their football.”

United are on course to finish in the top-flight’s top six for the first time since 1975, but Wilder made it clear his players would keep their focus.

“We will never get carried away,” he added. “That can be very dangerous. We are enjoying all this. My players have been outstanding .

“I will let others talk about Europe. If I hear any of my players saying it they get a rollicking. Here we are staying grounded.”