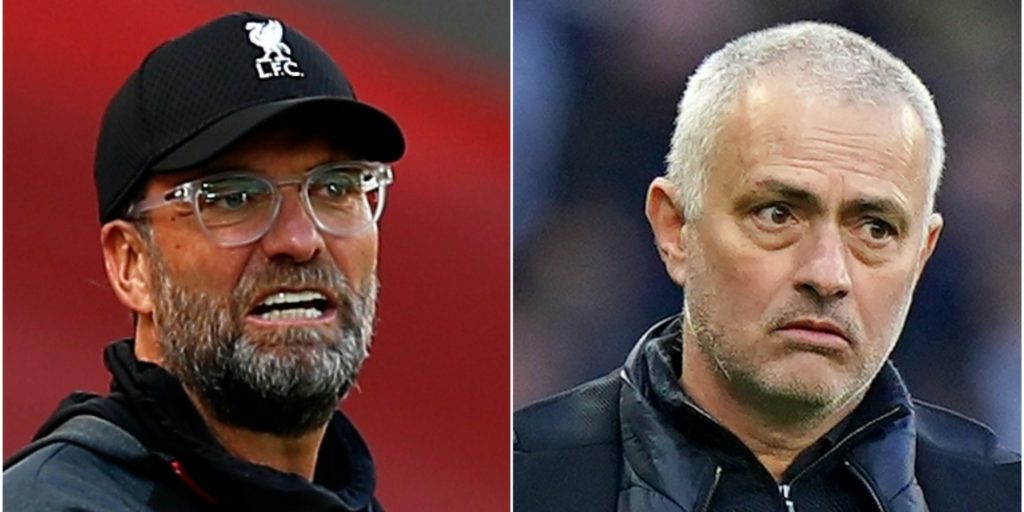 Tottenham boss Jose Mourinho has branded the decision to overturn Manchester City’s European ban “a disgrace” while Liverpool manager Jurgen Klopp said it was not “a good day for football”.

City saw their two-year expulsion from UEFA competitions lifted by Court of Arbitration for Sport on Monday, meaning they are free to compete in next season’s Champions League.

Mourinho took exception to that element of the decision, saying if they were not guilty they should not have received any punishment.

“In relation to the decision, in any case it’s a disgraceful decision. If Man City is not guilty of it, to be punished by some million is a disgrace.

“I’m not saying Man City is guilty. I’m saying if you’re not guilty you don’t pay. You are not punished, even with a pound.

“I know that money is quite easy for them but it’s just a principle. Why are you paying 8-9million if you are not guilty?

On the future of Financial Fair Play, Mourinho added: “In this moment we are speaking about Man City. But in the past, other clubs were in a similar situation, and you know the results of it.

“So I think it’s better to open the circus door, and let everybody enjoy. And go inside for free, come out, go inside again, do it with freedom.”

Klopp’s main gripe was the impact on FFP, which the German thinks remains important in the game.

He said: “I absolutely don’t wish anybody anything bad. I’m happy that City can play in the Champions League, but I don’t think it was a good day for football (on Monday) to be honest.

“I think FFP is a good idea. It’s there for protecting teams and protecting competition, that was the idea from the start – so that nobody overspends and clubs before the season have to make sure that the money they want to spend is based on the right sources, let me say it like that.

“I only read a little bit about the wording (of the City case) and why it was like it was, and it’s not up to me to judge these things and I don’t.

“I only think this FFP frame, which is for all of us, we all should stick to. It makes sense we have these kind of rules.

“I really hope FFP stays because it gives at least kind of borders where you can go to but not over. That’s good for football.

“If you start doing that nobody has to care any more at all, then the richest people or countries can do whatever they want in football. That would make the competition really difficult.

“I think that would lead automatically to kind of a world super league with 10 clubs – I don’t know the clubs, but it wouldn’t depend on the names of the club but on the people who own the clubs.”

One opposition Premier League manager who was pleased with the result was Arsenal’s Mikel Arteta, having been ingrained at City during the alleged offences.

Arteta says City’s actions on and off the pitch warrant their place back in Europe.

“There is no question about what happened,” Pep Guardiola’s former assistant said. “They completely deserved to be in the Champions League because what they have done on the pitch is unquestionable.

“The regulators have looked at it and have decided that they haven’t done anything wrong so you have the two aspects that are really clear and transparent.

Wolves boss Nuno Espirito Santo insists the CAS decision will have no impact on his team, who must bridge a four-point gap to the top four in their remaining three league matches or win the Europa League if they are to qualify for the Champions League.

Nuno said: “It is decided. It is not related to us.