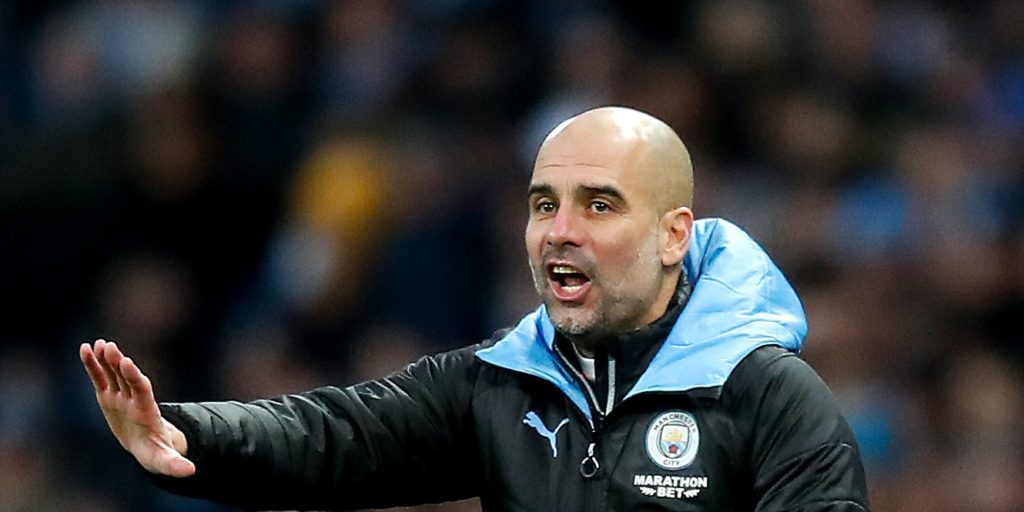 The boss has hit out at rival clubs for what he believes was a “whispering” campaign to discredit them.

The City boss has hit out at rival clubs for what he believes was a “whispering” campaign to discredit them.

City won an appeal against a two-year exclusion from European competition, imposed by UEFA for alleged Financial Fair Play breaches, at the Court of Arbitration for Sport on Monday.

Guardiola feels the club have now proved their innocence after years of accusations related to their financial strength and says it is time for others to accept their place among among the elite is merited.

“I’m incredibly happy for the decision. It shows that all that people said about the club was not true,” he said.

“We should be being apologised to. If we did something wrong we would accept, absolutely, the decisions from UEFA and CAS.

“We don’t expect Liverpool, Tottenham, Arsenal, Chelsea or Wolves, or all the clubs, to defend us but we have the right to defend ourselves when we believe what we have done is correct, and three independent judges said this.

“Today is a good day, yesterday was a good day for football because we play by the same rules for financial fair play as all the clubs in Europe.

“In recent years, how many times people came to our club to do this whispering on us? I would like to see these kind of people and say, ‘Look in our eyes. If you have have something to say say it face to face’ and go to the pitch and play on the pitch what we have to play as rivals.

Tottenham manager Jose Mourinho has branded the CAS decision a “a disgrace” and Liverpool boss Jurgen Klopp has said Monday was not “a good day for football.” Former Arsenal manager Arsene Wenger was previously a vocal critic of City’s cash-accelerated rise.

“I know that for elite clubs, respectful clubs, like Liverpool, Man United and especially Arsenal, it is uncomfortable us being here,” said Guardiola in a robust performance at a press conference ostensibly to preview City’s Premier League game against Bournemouth on Wednesday.

“Sometimes we win, sometimes we don’t but they have to understand it. If you don’t agree, knock on the door or our chairman and CEO and talk. Don’t go from behind whisper, seven, eight, nine clubs – go and do it on the pitch.

He said: “Senor Tebas must be so jealous of the Premier League and English football.

Guardiola, who has one year remaining on his contract, was asked about his own long-term future in light of the CAS ruling.

He said: “Now is not the time. I have one more year. One year for a manager is a long, long time and the decisions we thought to do before the sentence, it was quite similar now.

“But my personal situation was clear, because I said months ago, I would have stayed here (next year). It doesn’t matter if we were in the Champions League.

“Some people here in England suggested we should play in League Two, so I would have stayed here.”