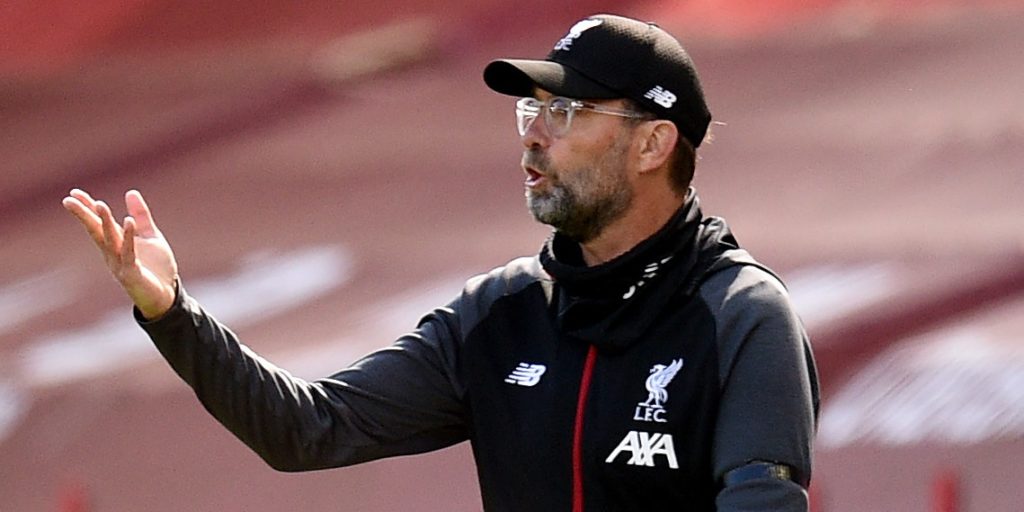 Nick Pope made a string of outstanding saves.

Liverpool manager Jurgen Klopp admits the 1-1 draw with Burnley felt like a defeat but not because the result ended their 100 per cent home record in the league.

The game was one of the most one-sided 1-0s imaginable after Andy Robertson’s opener but a combination of the brilliance of Clarets goalkeeper Nick Pope and wayward finishing cost the Premier League champions before Jay Rodgriguez’s equaliser.

They were the width of a crossbar away from losing their proud three-year, 58-game unbeaten home league record after Johann Gudmundsson crashed a late shot against the woodwork and that is why Klopp had mixed feelings.

“A good performance in most parts of the game. There were moments when it was Liverpool against Nick Pope,” he said.

“It is the biggest challenge in football to play against a team which is that organised and has such an outstanding attitude like Burnley has.

“We created super chances but there was always one guy who wanted to deny us and it was Nick Pope.

“We should have scored more but I am fine with the performance, for 80 minutes I would say.

“For different reasons this score (1-0) left the door open for Burnley and it was always clear they had corners where Ali (goalkeeper Alisson Becker) was under pressure from three or four players and then free-kicks on top of that.

“I feel like we have lost the game – we didn’t, I know that. It was a draw but I cannot deny it feels like we completely lost the game.”

Klopp was unhappy at the way Burnley targeted Alisson at set-pieces, a tactic he felt impeded the Brazil international.

The Reds boss confronted referee David Coote at the final whistle but accepted that had not been the root of their failure.

“I spoke about the goalkeeper situation. It is not the best moment to talk to the ref but how can you let it happen: a goalie constantly when he comes three players are allowed to block him?” he added.

“For the ref it I was obviously not a foul or a problem so that is why he left it. It had no influence on the result, how I realised later.”

Burnley boss Sean Dyche was grateful his side were not out of the game by half-time, having conceded 73 per cent possession, numerous chances and struggled so hard to get close to Liverpool they made only one foul in 45 minutes, but praised they way they held out.

A large part of the credit had to go to Pope, who leads the Premier League in clean sheets (14) and is staking a claim to be England’s number one.

“His job is to keep it out the net, that’s his job and he does it very well.

“His dominance around the box is there for all to see. He is unorthodox in that he makes saves you wouldn’t expect him to make.

“First half it could have been out of sight. Second half was slightly more even.

“I thought we just about found a foothold in the game, we were a threat from set-pieces and we found a big moment.”

On becoming the first side since Leicester in January 2019 to take a points off Liverpool at Anfield he added: “Not really too fussed about that, I’m more fussed about the performance of the lads giving everything.

“For different reasons it is a big result, as how stretched the squad is. It is another point on the board, another good performance against a top side.”