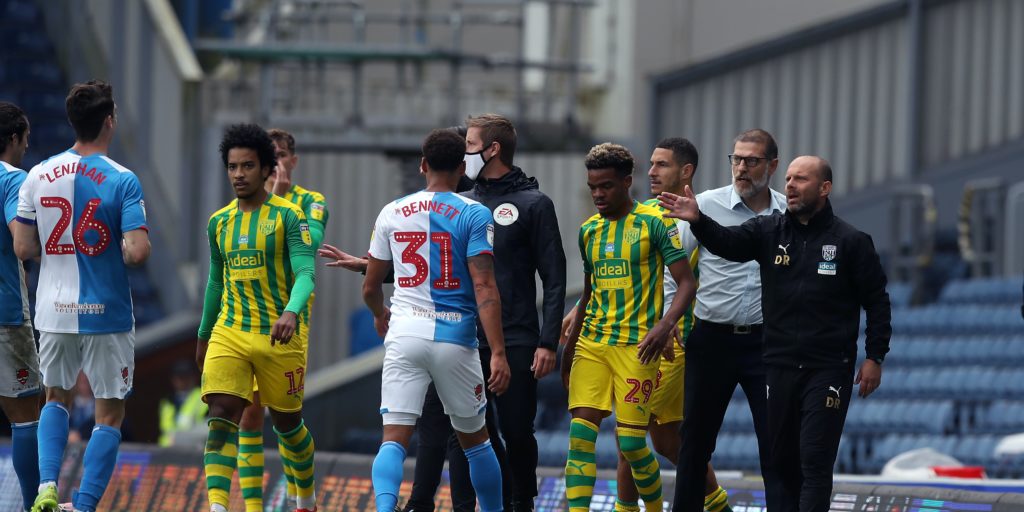 The Baggies were held to a 1-1 draw by Blackburn.

West Brom boss Slaven Bilic bemoaned his side’s failure to kill the game off after the automatic promotion-chasing Baggies were held to a 1-1 draw at Blackburn.

In a first half they bossed, Albion took the lead via a 41st-minute finish from Filip Krovinovic, who then hit a post shortly after the interval.

Blackburn levelled in the 63rd minute when Joe Rothwell converted from Sam Gallagher’s pass, moments after the pair had been brought on.

West Brom, victorious in each of their previous three games, remain in second place in the Championship with three fixtures left, level on points with table-toppers Leeds who are in action at Swansea on Sunday.

Meanwhile, the gap between Bilic’s side and third-placed Brentford is three points, with the Bees having won at Derby earlier on Saturday.

“(We had a) number of, not good chances but great chances, and unfortunately if you don’t score them there is always a possibility, against a team with this quality, that you can concede.

“Unfortunately we conceded and then after that, to be fair, they had a couple of great chances. We did also.

“I’m not happy with how we played after we conceded the goal. Up front we were OK, but we lost the shape and the game became stretched too much, and that is why they had a couple of chances.

“Up until then, as I said, I was very, very pleased with the performance. (But) we had to score goals. We had to kill the game off, and unfortunately we didn’t.”

After equalising, Blackburn – who are 12th, four points outside the play-off places – might have secured victory themselves in the final 10 minutes, with another substitute, Jacob Davenport, being denied by Sam Johnstone when clean through, and another, Lewis Holtby, seeing his effort cleared off the line by Kyle Bartley.

Blackburn boss Tony Mowbray was frustrated, both by the Davenport chance and also because he felt Krovinovic’s goal should have been ruled out for offside.

The former West Brom manager said: “Particularly in the first half you could feel their quality – there is a reason they are at the top end of the table with Leeds.

“And yet, sadly, watching their goal at half-time, it looks a metre offside to me, which is a frustration for us all.

“I thought we had a fantastic effort second half. Whether the changes caught them out, because we scored pretty quickly after the changes.

“We had some unbelievable chances in the second half, one-on-ones that should be going in the net. It is Jacob today, just come off the bench, running through one-on-one with the goalkeeper – just slide it past him, round him, under him, whatever it is. So I am frustrated we didn’t get all three points.

“But at the same time you have to acknowledge they are a very good side and they could have been two goals in front with chances they created – despite the offside goal.”