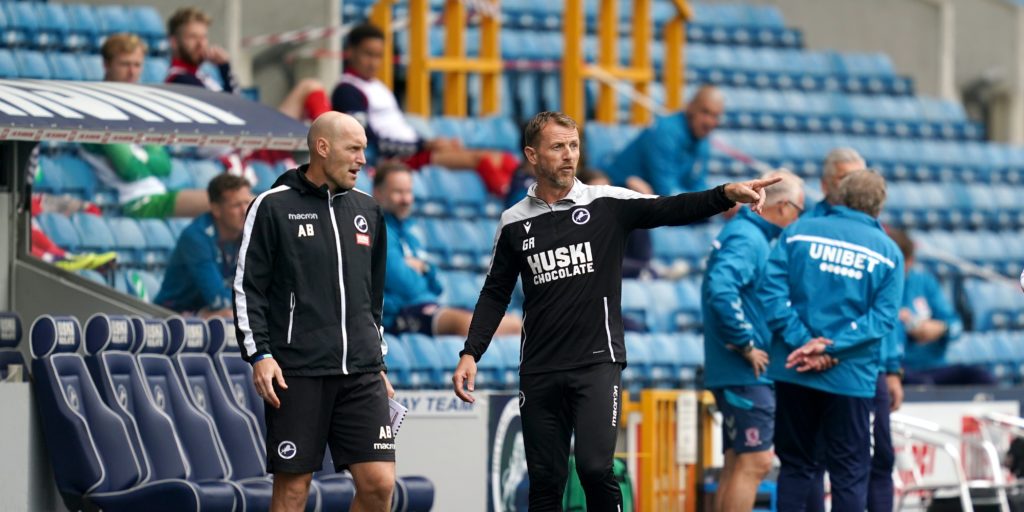 Blackburn can no longer finish in the top six.

The Lions made it back-to-back 1-0 wins, after the weekend success at Hull, and moved up to seventh, but are still two points off Neil Harris’ Cardiff after the Bluebirds beat Derby on Tuesday evening.

Gary Rowett saw his team end their long wait for a win at the Den – with their most recent before this on January 18 – and it was also their first triumph over Blackburn in seven years.

Defeat for Rovers means they can no longer finish in the top six and they remain 12th in the table.

Blackburn’s Adam Armstrong produced the first effort of note at the Den, but his fifth minute curler was routine for goalkeeper Bartosz Bialkowski.

Millwall did not need long to get into their stride and their dominance should have been rewarded with the opener in the 17th minute.

Jed Wallace picked out Shaun Hutchinson from a corner, but the Lions defender volleyed wide from close range.

Fellow centre-back Jake Cooper was the next man to go close before the deadlock was broken by the hosts.

Wallace was again causing problems for Blackburn and while Tom Bradshaw could not finish his centre, the ball came for Bennett at the back post and he fired home his second goal for the club.

It had been coming, although Rovers remained a threat through forward Armstrong and his fine control created an opportunity for Bradley Johnson with 33 minutes on the clock but the midfielder dragged wide from range.

Lewis Travis joined team-mate Joe Rankin-Costello in being cautioned by referee John Brooks after he caught Shane Ferguson, who had caused Blackburn several problems during the first half.

Rovers boss Tony Mowbray made a double substitution at the break with Joe Rothwell and Sam Gallagher introduced – and it had an immediate impact.

Stuart Downing saw an effort deflected over before Rankin-Costello curled off target after another slick move.

Blackburn’s intensity had noticeably improved and they were presented with a great chance to level just before the hour mark, but Armstrong could only shoot straight at Bialkowski after Gallagher’s knockdown.

Millwall remained a threat on the break and Romeo’s dribble into the area created an opening for Bradshaw and yet he was denied by Christian Walton, who also saved well from Wallace two minutes into the second period.

The drinks break provided some respite for the Lions, who brought on Jon Dadi Bodvarsson while ex-Tottenham midfielder Lewis Holtby entered the fray for Rovers.

Rowett saw his players find a second wind after play resumed and Ferguson had an effort blocked from Wallace’s latest dangerous set-piece.

Blackburn did push until the end and in the seventh minute of stoppage time left-back Rankin-Costello drilled narrowly wide from inside the area – and with that their play-off hopes ended.

It is a different story for Millwall, who travel to London rivals QPR at the weekend knowing promotion remains a possibility.