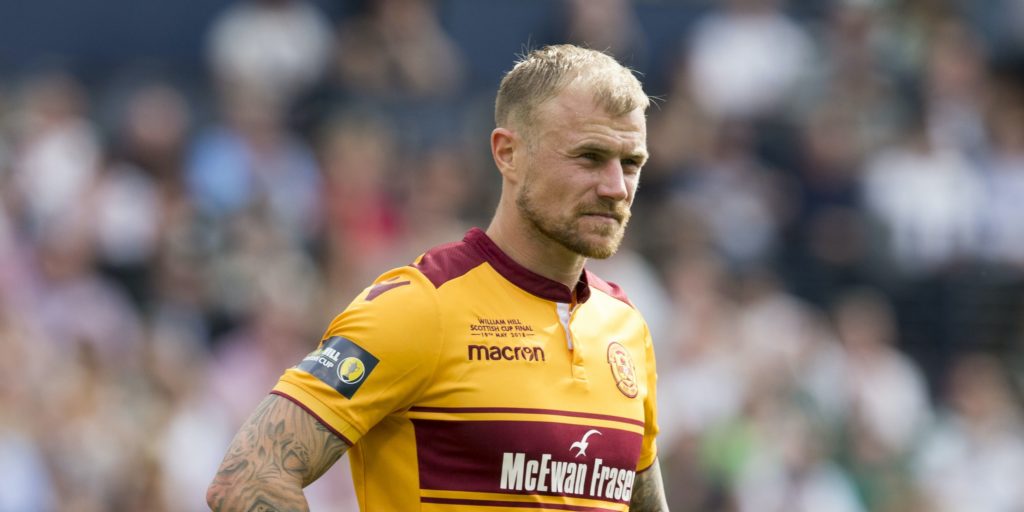 The former Motherwell defender walked away from the chance to play in the Europa League when he joined St Mirren.

Richard Tait insists he has no regrets about giving up a Europa League ticket as he instead turns his focus to helping St Mirren target their own continental adventure.

The former Motherwell defender opted to walk away from the chance to make his European debut with Stephen Robinson’s Well following a disagreement over a new contract at Fir Park.

The Steelmen will discover where they could be jetting off to on August 10 when the draw is made for the first qualifying round – which will be curtailed to a single leg as a result of the coronavirus crisis.

But Tait, 30, will not be casting envious eyes at his former team-mates after voicing his intention to help Saints soar through the season ahead.

He told the PA news agency: “I’ve come from a team that has done so well over the last few years, reaching cup finals and qualifying for Europe, so 100 per cent I’ve come here with aspirations of doing all that again with St Mirren.

“I want to achieve these things and make sure my time in Paisley is successful. I want to go down in St Mirren’s history at some point. I want to get that top-six place and then see where we can go from there.

“Are there any regrets about missing out on the chance to play European football? Not at all.

“I’m more excited about what the future holds for me and St Mirren. I want to get stuck in and see where the club can go. It’s a club with ambition and the manager has already made it clear he wants to bring in a certain quality of player to take the team forward.

“Obviously getting a taste of European football would have been nice but for me it wasn’t to be for me at Motherwell. If I can come here and help St Mirren into Europe then that’s the ideal situation.”

That would represent the club’s best league finish in three decades but Tait believes his new manager is right to set his sights high.

“If the league was to start tomorrow then I’m pretty sure we have a team that could go and compete,” he said.

“I’d imagine the gaffer will still want to get some more players in but the squad at the minute is already looking good.

“We’ve got a lot of good players here and there’s not too much difference between the team I was part of at Motherwell. You need a bit of luck too but there is plenty of potential in this team to go achieve a top-six place.

“The past three weeks have really given me my hunger back.

“My first impressions of working with Jim are really good. His passion to push the club on has really struck me. He doesn’t want to be part of a relegation battle year after year. He wants to push the club on and the first aim has to be the top six.

“Once we do that, then go have a go and try to make a push for Europe and take the club as high as you can.”