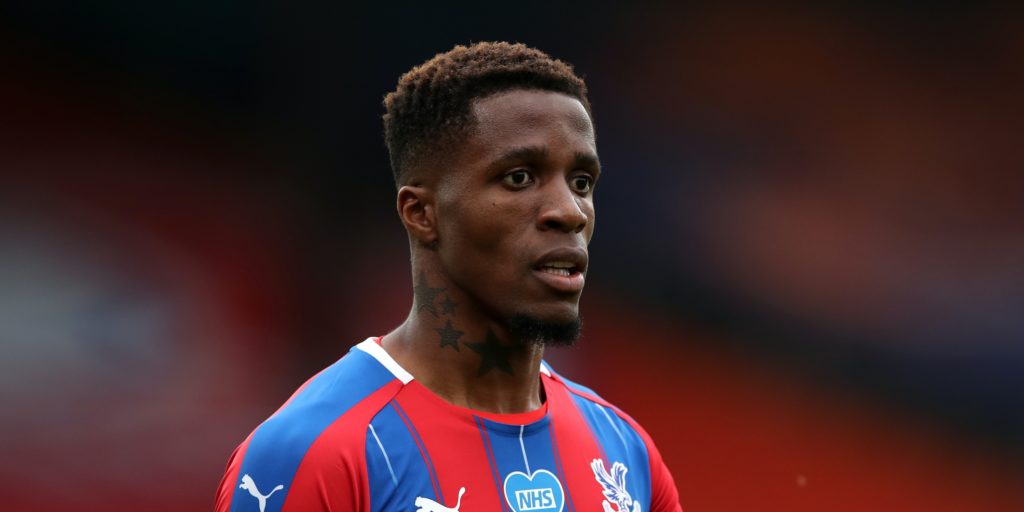 The Ivory Coast international was the target of what boss Hodgson called ‘cowardly and despicable’ abuse on social media.

Crystal Palace manager Roy Hodgson has praised Wilfried Zaha for going public having been the target of “cowardly and despicable” racist abuse on social media.

Zaha was then sent racist imagery, with the Ivory Coast international deciding to share the abuse, collating the messages and tweeting: “Woke up to this today.”

Speaking ahead of the game at Villa Park, Hodgson said he supported Zaha’s call to make the direct messages public, as well as condemning the content of them.

“I think it’s important,” he said in a pre-match interview with Sky Sports.

“I think it is being highlighted very much anyway with the Black Lives Matter movement, and everyone seems to be making such an effort to eradicate this type of behaviour.

“It is very saddening on the day of a game that a player wakes up to this cowardly and despicable abuse.

“I think it is right that Wilf made people aware of it; I don’t think it is something he should keep quiet about.

“I think it is very good that our club, Aston Villa and the Premier League are doing everything they can to find out who this despicable individual is and one can only hope that they will get identified and they will get called to account and they will pay for these actions.

“There is literally no excuse; there is no excuse at all.”

West Midlands Police were quick to respond to Zaha’s tweet, replying from their official account: “Hi Wilfried, we are looking into who the owner of this account is and would encourage you to report it to your local police force too.”

Anti-discrimination campaigners Kick It Out tweeted: “We are extremely disappointed that Wilf Zaha has once again been the subject of targeted racial abuse.

“Those who continue to select professional sports people in this way, need to be brought to justice and face the strongest consequences #KickItOut”