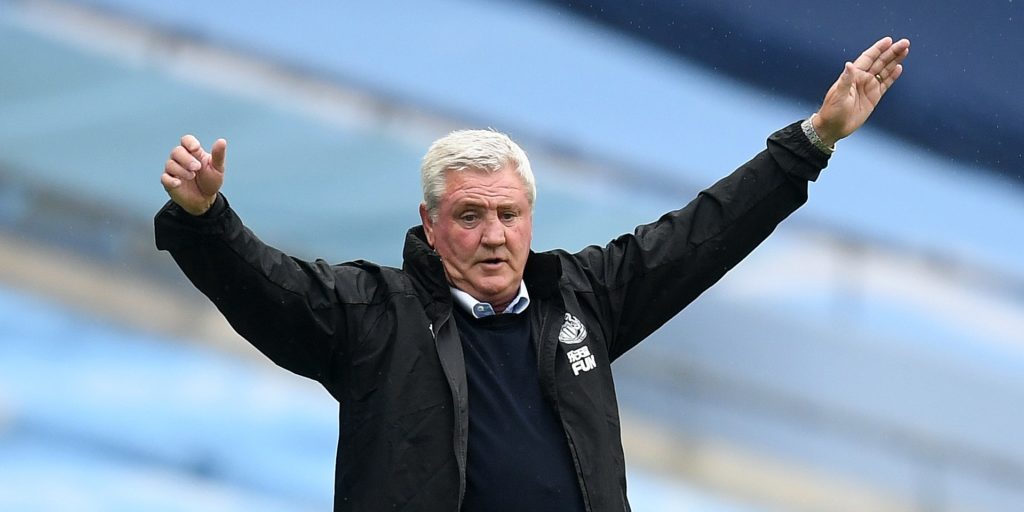 The Magpies were trounced 5-0 at the Etihad Stadium last time out.

Newcastle head coach Steve Bruce has warned his players not to allow Watford’s “cup final” to derail their mission to bounce back from a midweek mauling at Manchester City.

The Magpies head for Vicarage Road on Saturday still smarting from the 5-0 drubbing handed out to a depleted side by Pep Guardiola’s men.

And they are determined to return to the form which brought them two wins and two draws in their first four league games back after lockdown.

They secured their own top-flight status with last weekend’s hard-fought draw against West Ham, but 17th-placed Watford are still scrapping for survival and Bruce is expecting an onslaught.

He said: “I’ve studied Watford since we’re now taking them on, I’ve watched them twice and you think, ‘They’ve got some good players, how are they in the situation they’re in?’.

“That’s how difficult the Premier League is. Nigel has done a wonderful job of turning them around and they’re big and strong and powerful.

Newcastle’s horror show at the Etihad Stadium took some of the gloss off what they had achieved in the previous four games, and Bruce had no intention of allowing his players to wind down during what remains of a campaign which has proved intensely difficult.

The 59-year-old, who hopes to have key men Jamaal Lascelles, Miguel Almiron and Allan Saint-Maximin back from injury, said: “You take Manchester City out of the equation since we’ve been back in the last month or so, and we’ve done OK.

“When you look at all the bottom teams, would you have thought after spending all that money, GBP 140million, Aston Villa would be in and around it?

“Then you think Watford, who have been an established Premier League team for a while, and West Ham, when you look at at they’ve got…

“It’s a really, really difficult unforgiving league and that’s why it’s the biggest and best league in the world. Every team has got good players, so it’s a tough, tough act and it’s relentless – and it seems to be a bit more relentless this year.”