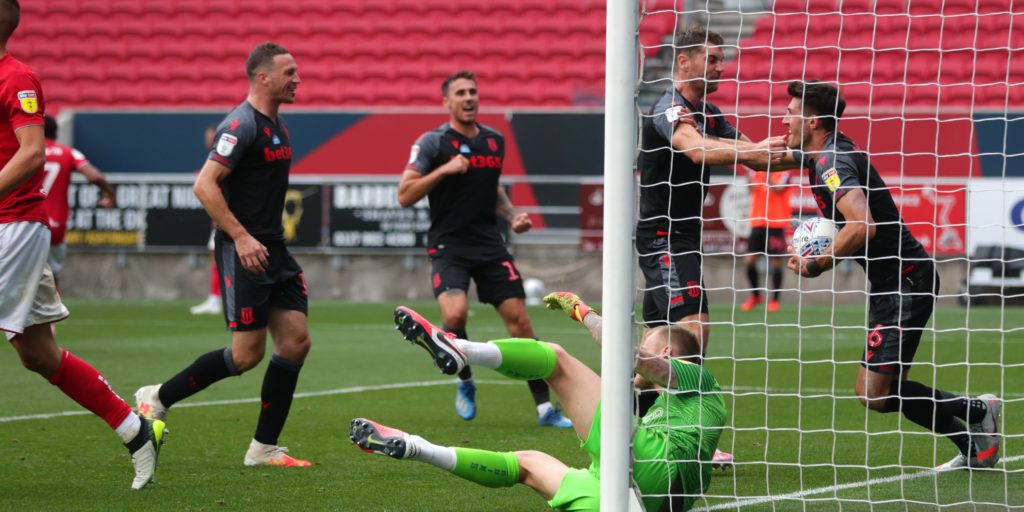 The Potters are now five points clear of the relegation zone.

Stoke inched towards Sky Bet Championship safety with a 1-1 draw at Ashton Gate that did little for Bristol City’s play-off prospects.

Danny Batth’s second-half header gave Stoke a share of the spoils their endeavour deserved after Filip Benkovic, another central defender showing the finishing instincts of a striker, had given the Robins the lead just before the break.

Victory would have almost secured Stoke’s Championship status and, though a draw leaves them with some work to do, manager Michael O’Neill will be confident they can finish the job now they are five points above the relegation zone.

Bristol City’s own ambitions look more precarious after Dean Holden failed to collect three points for the first time since succeeding Lee Johnson in a caretaker capacity earlier this month.

After wins over Hull and Middlesbrough, Bristol City had ignited their play-off chances but the Robins now trail sixth-placed Cardiff by five points with two games remaining.

There was a controversial start to proceedings as Stoke striker Sam Vokes felt he had been manhandled by Tomas Kalas inside the six-yard area, but referee James Linington was not interested in his first-minute appeal.

Famara Diedhiou was sent clean through midway through the first half but Adam Davies, again deputising for the injured Jack Butland, was off his line quickly and denied him on the edge of the box.

Stoke had a similar opportunity when Vokes cleverly hooked the ball over his head to release Lee Gregory but Bentley replicated the good work of Davies and was equal to the task.

Nahki Wells had the ball in the Stoke net after 32 minutes but his header was ruled out for a push on Tommy Smith.

The Robins did take the lead from a corner in the closing seconds of the first half.

Vokes headed away but Stoke had failed to put a man on the edge of the area and the ball was swiftly moved to Benkovic, who curled home his second goal of the season in style.

Stoke had shaded the opening period and were bright after the restart with Vokes producing some trickery before firing over.

Nick Powell then found space to deliver a powerful low shot which Bentley touched on to a post.

Stoke were deservedly level after 64 minutes when McClean swung a dangerous ball into the box and Batth dispatched a fine diving header for his second goal in as many games.

Batth almost had a second 10 minutes from time but Bentley pushed his bullet header on to the crossbar and Stoke were seemingly content to settle for a point after that.