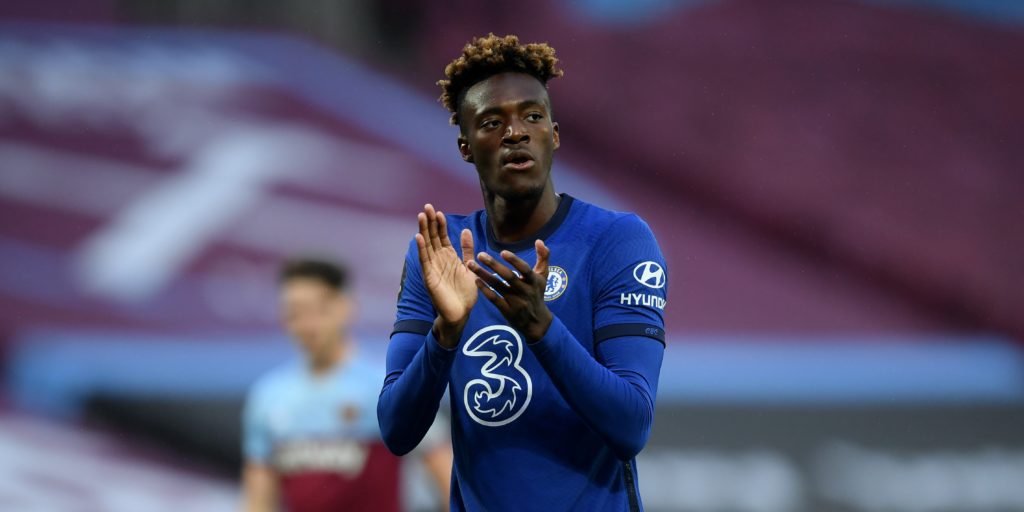 The new deal will see the striker through to 2023 at Stamford Bridge.

Tammy Abraham has quashed any concerns over his Chelsea future by signing a one-year contract extension at Stamford Bridge, the PA news agency understands.

The 22-year-old striker has extended his existing Blues deal until 2023, though Chelsea bosses are understood to be ready to continue talks over longer terms.

But Camberwell-born striker Abraham has had no qualms about extending his Stamford Bridge stay, with the club also keen to keep him for the long haul.

“I don’t want to get into the clauses in contracts, it could open me up to many a question that one,” said Lampard.

“But I said it before when I was asked, Tammy’s not at a critical stage in his contract.

“He needs to focus on his playing and we need to finish the season as strongly as we can, and there will be plenty of time to sit down after that.”

The 33-year-old has fired three goals in five games since football’s resumption, reiterating his value to the Blues.

Abraham broke a 10-game scoring duck in Chelsea’s 3-2 win at Crystal Palace on Tuesday, with Lampard hoping that can spur him back to his best.

“Tammy in his personality is a very positive lad, he trains well, he’s good around the group and that hasn’t changed,” said Lampard.

“I know beyond that there are sometimes feelings for a player, especially a goalscorer who is having a tough time in front of goal.

“We had a conversation before the Palace game, so I was particularly delighted to see him break that against them. I hope there is an uplift for him, I hope his confidence has taken a nice boost, and we’ll see.”