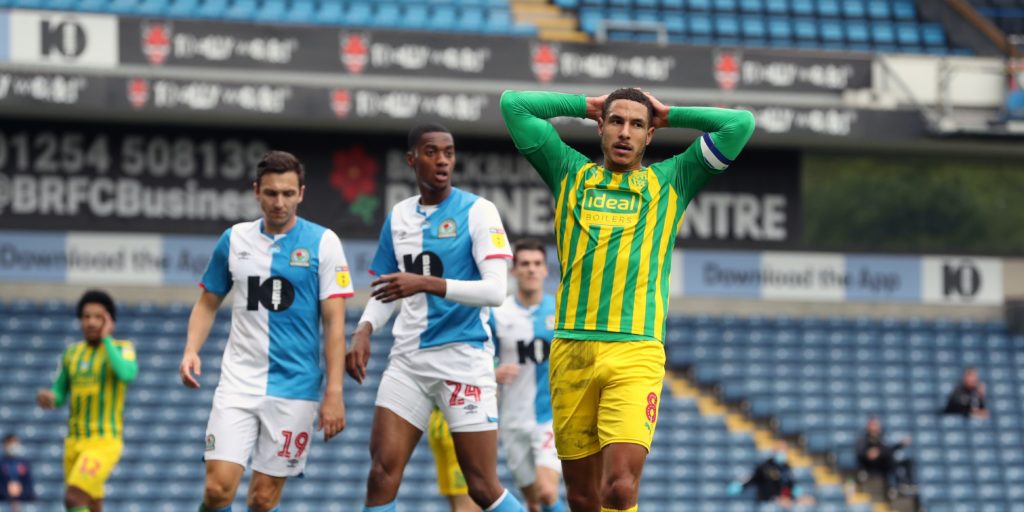 Automatic promotion-chasing West Brom had to settle for a point at Blackburn after substitute Joe Rothwell’s strike earned the hosts a 1-1 draw.

Albion took a deserved lead in the 41st minute through a finish from Filip Krovinovic, who then struck a post early in the second half as he followed up a parried effort by the impressive Matheus Pereira.

But Rovers notched a 63rd-minute equaliser when Rothwell slotted home from Sam Gallagher’s pass, two minutes after both players had come on.

It then took a fine save by Sam Johnstone to deny another Blackburn substitute, Jacob Davenport, and the hosts went close again soon after as Kyle Bartley made a goal-line clearance.

The Baggies remain second in the Championship table, level on points with leaders Leeds – who play at Swansea on Sunday – and three points clear of third-placed Brentford with three games to go.

Blackburn are 12th, outside the play-off places by four points.

After an early Rovers attack saw Adam Armstrong fail to connect properly with a Dominic Samuel cross, West Brom started to step things up and Kamil Grosicki’s low drive brought a save out of Christian Walton just before the quarter-hour mark.

Krovinovic sent a shot into Walton’s arms moments later, before Charlie Austin scooped over the hosts’ bar from a Pereira pass. Pereira then dribbled to the edge of the box and hit an effort that deflected wide thanks to a fine Tosin Adarabioyo block.

As the visitors continued to pressurise, Pereira played in Austin, who was well thwarted by Walton, and the Brazilian subsequently crashed an attempt into the side-netting.

The breakthrough came when Pereira cut the ball back to Austin and he lofted a pass to Krovinovic, who volleyed past Walton.

First-half stoppage time saw Blackburn almost reply through a Danny Graham header that Johnstone kept out smartly, before Pereira caused more problems for the home defence as he picked out Jake Livermore, with the skipper’s shot being dealt with by Walton.

Four minutes into the second half it was nearly 2-0 with Pereira again to the fore, his strike being parried by Walton and Krovinovic firing the loose ball against the upright.

Blackburn boss Tony Mowbray made a quadruple substitution just after the hour mark, and moments later the move paid off as two of those introduced combined to draw things level, Rothwell finishing as he met Gallagher’s cut-back.

Within seconds, West Brom substitute Grady Diangana had a chance to restore the away side’s lead but he could only miskick from a good position.

Semi Ajayi then had a strike blocked and Diangana shot wide, before the action switched back to the other end in the final 10 minutes as Davenport, clean through, was thwarted by Johnstone and Bartley cleared off the line following an attempt by Lewis Holtby.