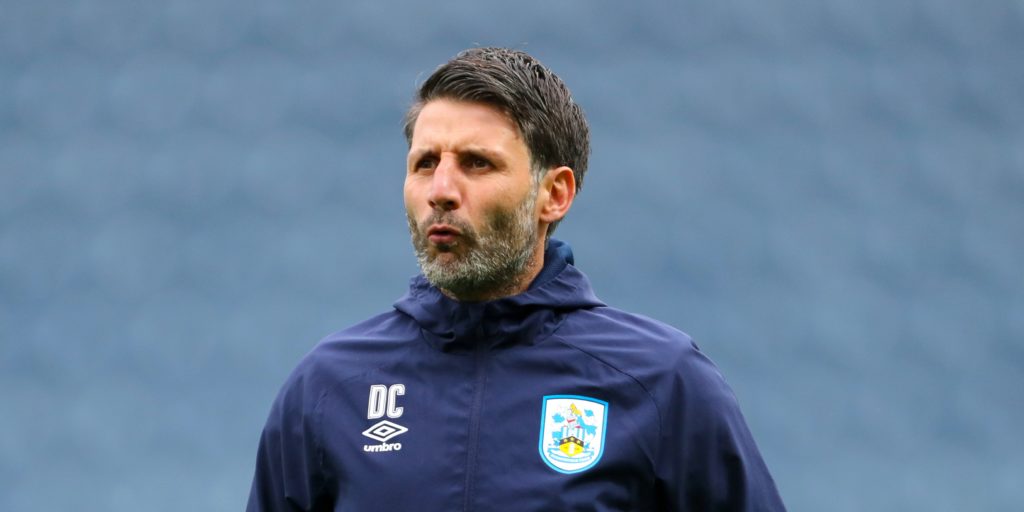 Friday night is a big game at both the top and bottom of the Championship table.

Danny Cowley acknowledges that Huddersfield are underdogs against West Brom – but the Town boss will relish the role.

The clash at the John Smith’s Stadium on Friday night has huge implications at both the top and bottom end of the Championship.

The hosts are desperate for points to remain in the division, while the Baggies must win to keep their automatic-promotion hopes in their own hands.

Victory for Huddersfield would all-but guarantee their survival ahead of another tough fixture at play-off hopefuls Millwall on the final day of the season.

“It’s one game at a time but they are two games we’re really looking forward to” Cowley told the media at his pre-match press conference.

“The West Brom game is a great game for us to be involved in. We accept we go in as underdogs but we enjoy being underdogs. I’ve spent my whole life being an underdog and it’s a story I know well.

“It’s about getting the process right. If we can, then we can accumulate points in the next two games.

“West Brom will be looking over their shoulder. They’re a good team who play with creativity and rhythm. They have to come at us but that creates opportunities for us.

“Our aim is to try to build on how we played at Sheffield Wednesday. Like always, we’ll be trying to win the game. But we are respectful of them and know they are where they are for a reason.”

Cowley is right, West Brom are looking over their shoulder after Brentford’s 100 per cent record since the restart, which included a 1-0 win against the Baggies, has seen them narrow the gap to only one point.

The trip to Huddersfield will be a fifth match in just 13 days for Slaven Bilic’s team, although the Albion boss insists they will be ready.

“We are expecting what could be the most important week of our careers. We have to give everything and be ready,” Bilic told the club’s official website.

“I never like to moan but I am not happy with the schedule and playing on Friday. I told the guys we have got to be more ready on Friday night than if the game was on Saturday. And we will be ready.

“With two games to go, it is in our hands. That’s where I have my optimism and belief.”

Huddersfield are without a win in four games, drawing three of them 0-0, while West Brom are unbeaten in five matches but head to West Yorkshire following back-to-back draws.