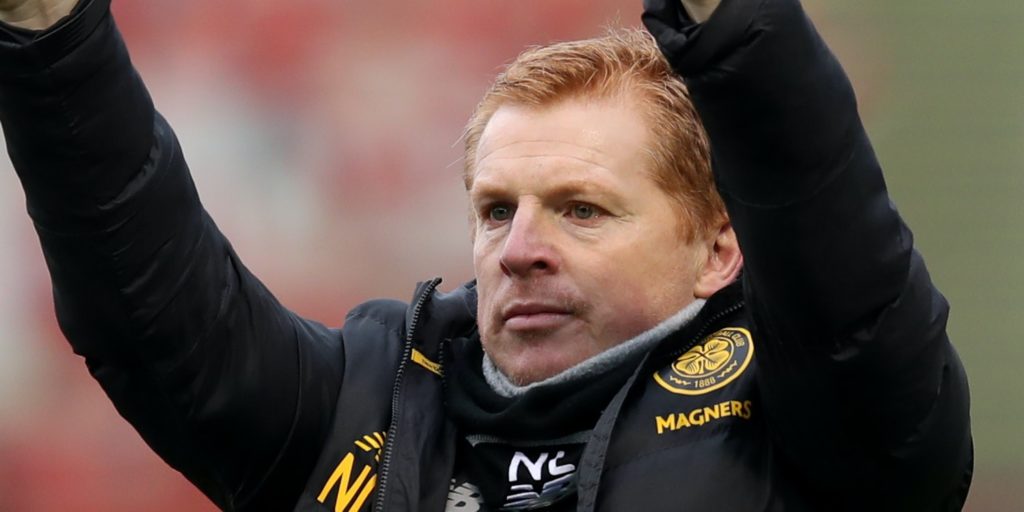 The forward earned Celtic a 1-1 draw in the Veolia Trophy against Nice.

The Pole rescued a 1-1 draw for the Hoops in their Veolia Trophy opener with Nice as he pressured French keeper Teddy Boulhendi into an embarrassing blunder.

It ends a seven month goal-drought for the GBP 3.5million January buy from Jagiellonia but Lennon is hopeful there is more to come from the 21-year-old.

The Parkhead boss told CelticTV: “It’s a forte of his game, being aggressive with his pressing. He got what he deserved.

“He’s a work in progress. It’s a different style of football from what he was used to in Poland but his attitude was brilliant and I think over the piece he will contribute well.”

Celtic were well on top at the Groupama Stadium but only a strange offside VAR decision denied Odsonne Edouard a goal on his return to France.

Nice’s striker Kasper Dolberg scored against the run of play but Celtic got their reward for a dominant display with 17 minutes left as Klimala robbed Boulhendi before rolling into an empty net.

And the display delighted Lennon as his side re-emerged for their 131-day coronavirus lockdown.

He said: “First half we were outstanding. Considering we haven’t played for five months, then technically, physically, tactically, the players were really on it.

“I thought we looked sharp and they really surprised me how well they played. With a bit of luck we could have won the game.

“That’s a great start and it’s testament to all the work the players have been doing the last few weeks.

“Even with VAR I’m still not convinced it was the right decision (to rule out Edouard’s goal).

“(The referee) is saying it was deflected. I thought it was a challenge from the Nice player that put Odsonne in.

“We’re disappointed with the goal we conceded but look you’re not going to get everything right.”