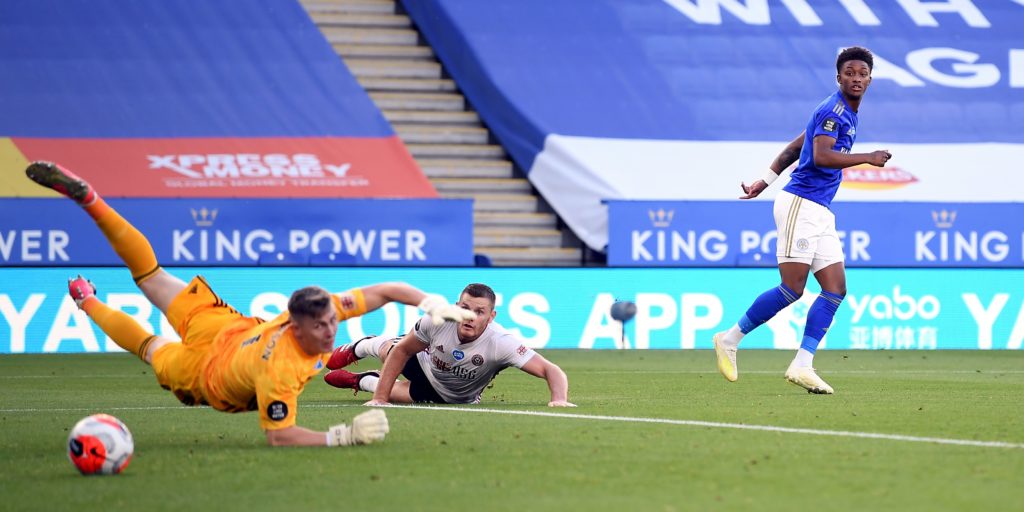 The Foxes sit fourth ahead of the final two Premier League games of the season.

Boss Brendan Rodgers challenged Leicester to finish the job after they booked European football next season.

Leicester remain in pole position to reach the Champions League and finish in the top four ahead of Manchester United, who they host on the final day.

They remain fourth in the Premier League, a point behind Chelsea, but cannot finish lower than sixth to guarantee themselves at least a Europa League spot but Rodgers wants more.

He said: “There’s two games to go, we’ve achieved that goal, let’s achieve the barrier-breaking goal and get into the Champions League.

“In my time here that’s what I wanted to achieve and to do that first season and guarantee it now is an absolutely phenomenal achievement.

“We have lacked that bit of consistency but there’s only one consistent team in the league and that’s Liverpool.

“For the boys to guarantee this position with a couple of games to go I just tip my hat to them. It’s an amazing achievement.”

But in a blow to their top-four hopes Rodgers confirmed injured duo James Maddison (hip) and Ben Chilwell (foot) will miss the rest of the season. Christian Fuchs also faces up to three months out with a hip problem.

He added: “Ben and James won’t play for the rest of the season. We’ve got a few injuries which have been unfortunate for us.”

Perez opened the scoring after 29 minutes when he fired in low past Dean Henderson following debutant Luke Thomas’ pass.

Jamie Vardy slammed against the post and Harvey Barnes missed fine opportunities when he was twice denied by Henderson.

But Gray wrapped up victory with 11 minutes left, drilling into the corner after Vardy unselfishly teed him up.

Sheffield United failed to recreate the form which earned them a 3-0 win over Chelsea on Saturday and sit eighth, two points adrift of sixth-placed Wolves.

It dealt a blow to their European hopes and manager Chris Wilder slammed his team after this defeat.

He said: “Every aspect of the game we were second best. The goalkeeper has kept us in the game. I’m delighted walking out losing 2-0 because it could have been four or five.

“We lacked care, aggression, enthusiasm, we lacked everything you need to get any form of a result. I’m not interested in what the players have got to say.

“I’ve seen a really poor performance from my team. They were brighter and sharper than us. The players looked as if what we’ve done in the last three or four games will carry us through to a decent result.

“The right result happened, we were out-battled and out-thought in every aspect of the game.

“I haven’t got a clue (why they were poor). Maybe I’ll have an answer on Friday morning when I speak to the players. It’s a game which has baffled me in terms of our approach and performance.”