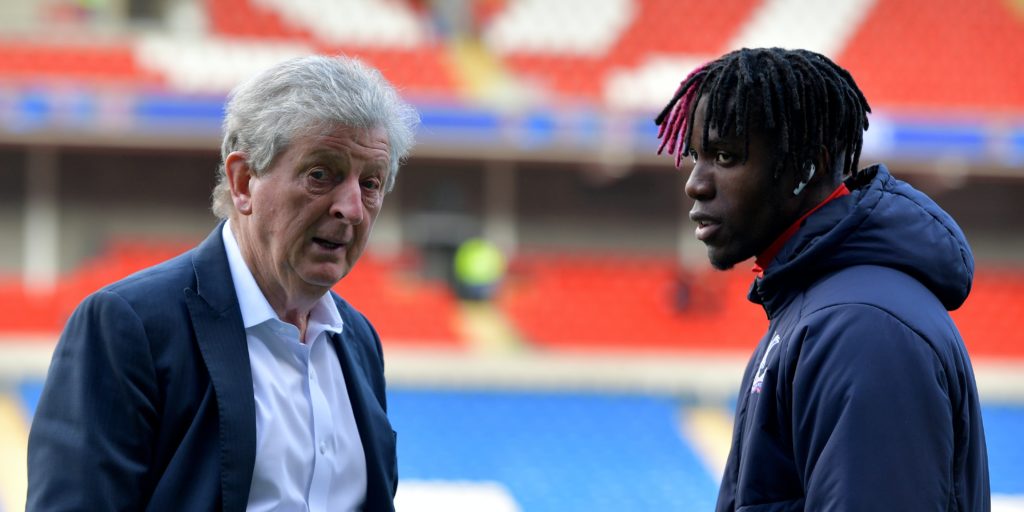 Hodgson also revealed Palace made an enquiry to sign Mason Greenwood on loan at the start of the season.

Crystal Palace manager Roy Hodgson says it would be a “sad day” if he were to rest Wilfried Zaha for the visit of Manchester United after the winger was on the receiving end of racist abuse at the weekend.

A 12-year-old boy has been arrested in connection with a series of racist messages sent to Zaha and West Midlands Police have since released the individual under investigation.

Ivory Coast international Zaha was sent racist imagery as well as abusive messages on the eve of Sunday’s game with Aston Villa, but played the full 90 minutes during the 2-0 loss in the Premier League.

He will be up against his old club United on Thursday and while angry at the situation, his manager says the 27-year-old should be fine to start.

“What a sad day that would be though,” Hodgson replied when asked if he was considering resting Zaha.

“Then I am putting myself in a position to tell him what is good for him and not good for him.

“All I can do really is to offer him the option that if you do not feel ready to play and mentally ready because this abuse has hurt so much then I understand that and I am prepared to leave you out.

“It would, at the end of the day, have to be a decision he would have to make because when he tells me, ‘no I am ready to play and I want to play’ I don’t have any option but to take that at face value knowing full well it would have been better for all concerned had the abuse had not happened.

“Unfortunately I can’t guarantee he can get those things out of his mind however hard he tries.”

A suggestion to help eradicate abuse on social media is to ensure anyone on the platform has to put in their address so they can be verified.

Other alternatives suggested have been to use passport details and Hodgson believes it would be a “no-brainer” to make sure people on platforms such as Twitter and Instagram are not able to hide their identity.

“I am amazed it isn’t mandatory. I don’t understand how if you want to use a social media platform to throw abuse around willy nilly, then you can do so and no one has a clue who you are,” the Palace manager added.

“One of the things that must be a no-brainer is that if you want to open a social media account and use that account to keep in touch with people and make your opinions known, the people who are receiving your opinions should know who you are.”

With Zaha set to start for Palace on Thursday, he could face United’s latest teenage sensation Mason Greenwood.

The 18-year-old has scored four goals in his last four games, but will need to be assessed by the Red Devils medical team after suffering an ankle injury against Southampton on Monday.

Hodgson said: “Mason is a fantastic player. We have known about him for a while.

“In actual fact we might even have enquired at the start of the season to see if there was any chance of him coming out on loan and we received the answer, ‘no chance’.

“It was not a difficult spot. People all over the Premier League have realised there was a real talent on the books at Man United and it was a question of time before he got his chance.

“I laud (Ole Gunnar) Solskjaer and his coaching staff for putting him in and giving him the chance and he has responded extremely well as one would have expected him to do.”