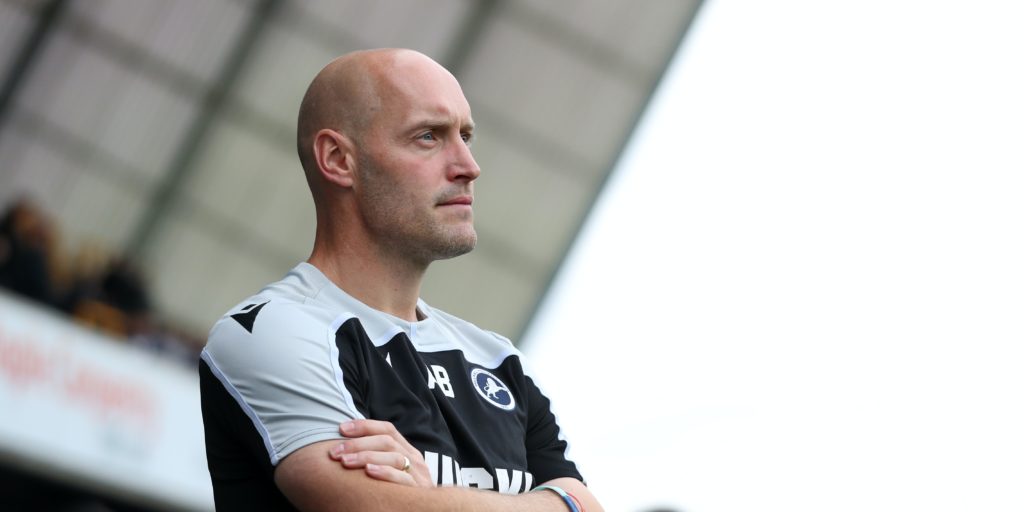 Ex-Southend captain Adam Barrett has reiterated his desire to remain at Millwall.

Southend are to begin interviewing candidates for their vacant managerial position over the next few days but former captain Adam Barrett will not be in the running.

Millwall’s interim assistant Barrett has been linked with a return to Roots Hall since Sol Campbell left his head coach role at the end of June.

Barrett had two playing spells at Southend and made over 300 appearances in total for the Blues before retiring in February 2017 and moving to the Den a month later in a first-team development coach capacity.

He remains at Millwall and is currently Gary Rowett’s number two on an interim basis after Callum Davidson left to join St Johnstone earlier in the summer.

Asked about a return to Southend, Barrett insisted: “I’m happy here. The gaffer has been brilliant with me since he came through the door.

“Ever since I walked into the football club, the club has been great and I am learning all the time.

“It is great to work with someone else (after working with Neil Harris before), so I am very happy here at Millwall and we are progressing nicely as well so I am looking forward to being a part of that.”

While Barrett is not set to be part of Southend’s shortlist, chairman Ron Martin confirmed they are close to starting the interview process.

Initially calls will be conducted over Zoom regarding who will manage the recently-relegated club back in Sky Bet League Two.

“I can confirm the club has had innumerable applications, some experienced managers and others coaches seeking to step up,” Martin told the PA news agency.

“We are in the process of preparing a shortlist which will, initially, be followed with a series of Zoom calls over the next few days.

“I too understand Adam is happy at Millwall and fully appreciate why he should be.”