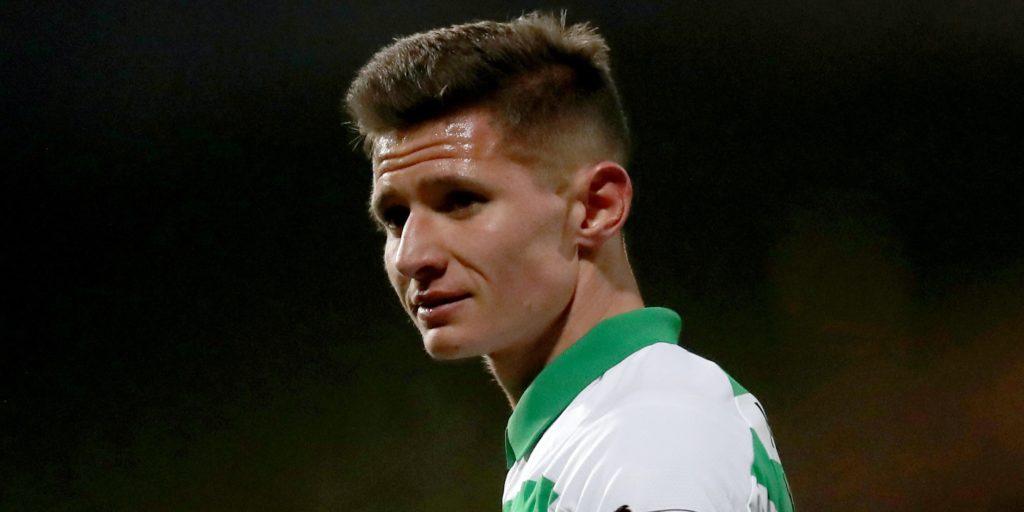 Since moving to Glasgow six months ago, the Pole had featured just four times.

Patryk Klimala hopes he has made boss Neil Lennon proud after finally notching his first goal in Celtic colours.

The GBP 3.5million January buy from Jagiellonia admits he has struggled to settle into life with the Hoops.

Since moving to Glasgow six months ago, the Pole had featured just four times – making only one start.

But Lennon has praised the 21-year-old’s work away from the club during the coronavirus lockdown and was delighted to see the bulked-up hitman finally find the net during Thursday night’s 1-1 draw with Nice in France.

Now Klimala hopes there will be more to come after opening his account at the Veolia Trophy.

He told CelticTV: “I feel good. I feel ready. I hope I showed that last night and can do the same in the next game with Lyon.

“I’ve waited for my chance for six months, this is true.

“Last night against Nice I got my chance and I took it.

“Hopefully my manager, our team and my team-mates are proud of me.”

With Leigh Griffiths’ future unclear after Lennon lashed out at the Scotland hitman for returning to training “out of condition and overweight”, Klimala knows there may be an opening to become Odsonne Edouard’s strike partner this term.

Now having put his troubled start behind him, he is determined to make himself a regular feature in the Parkhead line-up.

He added: “With the tactics, now I understand everything.

“In the beginning it was very hard but now I feel comfortable. And I’m happy. Hopefully (there’s more to come).”