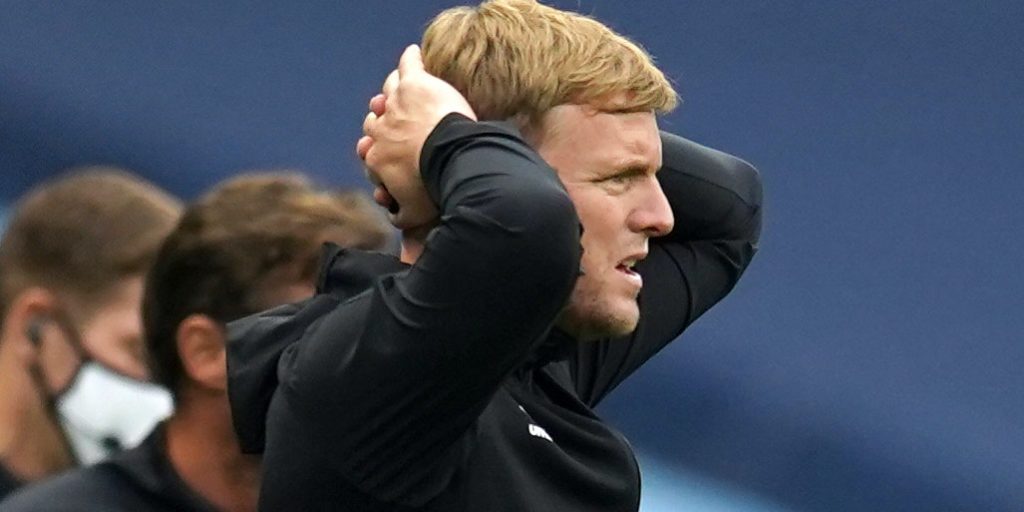 The Hammers host the Hornets at the London Stadium on Friday evening.

The Hammers host the Hornets at the London Stadium on Friday and the outcome of the match could have a major bearing on the struggling Cherries’ survival hopes.

Going into that game in hand, both clubs are currently three points clear of 18th-placed Bournemouth and also hold superior goal differences.

Howe, who is yet to decide whether he will tune in, is focused on facing south-coast neighbours Southampton on Sunday as he attempts to prolong the scrap for safety to the final weekend of the season.

“I’ve watched a lot of games during the lockdown period due to the fact that we are due to play a lot of the teams that have been on,” said Howe.

“I don’t know whether I will watch the game tonight.

“My main focus of course is on Southampton. We’re preparing for that game and that takes importance over any other game that is going on.

“I would encourage the players not to watch it, if I am honest, and just focus on themselves and get themselves in the best physical and mental condition to play our game on Sunday.

“That would be my thought process.”

Bournemouth have given themselves a fighting chance of extending their Premier League stay to a sixth season.

On the back of a goalless draw with Tottenham, the Cherries stormed back to shock Leicester 4-1 last weekend before falling to an unfortunate 2-1 midweek loss at second-placed Manchester City.

While they ended empty handed at the Etihad Stadium, they created more chances than Pep Guardiola’s hosts and Howe believes his players can take encouragement from their positive performance.

“The feeling in the squad was of course one of disappointment when you don’t win,” said Howe, whose team finish the season at Everton.

“But I think we were heartened by the performance and I didn’t sense any overkill on the negativity, I think it’s very much focused on the next game, it has to be.

“These are two games that we have to try and get maximum points from.

“We can only focus on the first one, which is Southampton, and I anticipate the players will be in a really good place for that game.

“I’ve always known the quality of the group and what we can produce. I have never doubted that.

“We still had that feeling of defeat, which is the worst thing you can experience in football, but there were so many good things to take from it.”

Bournemouth are bidding to secure a first league double over local rivals Southampton after winning 3-1 at St Mary’s in September.

“They’ve improved as the season has gone on. Ralph deserves a huge amount of credit for what he has done there,” said Howe.

“For me, they’ve been one of the most impressive teams in the second half of the season this year.”