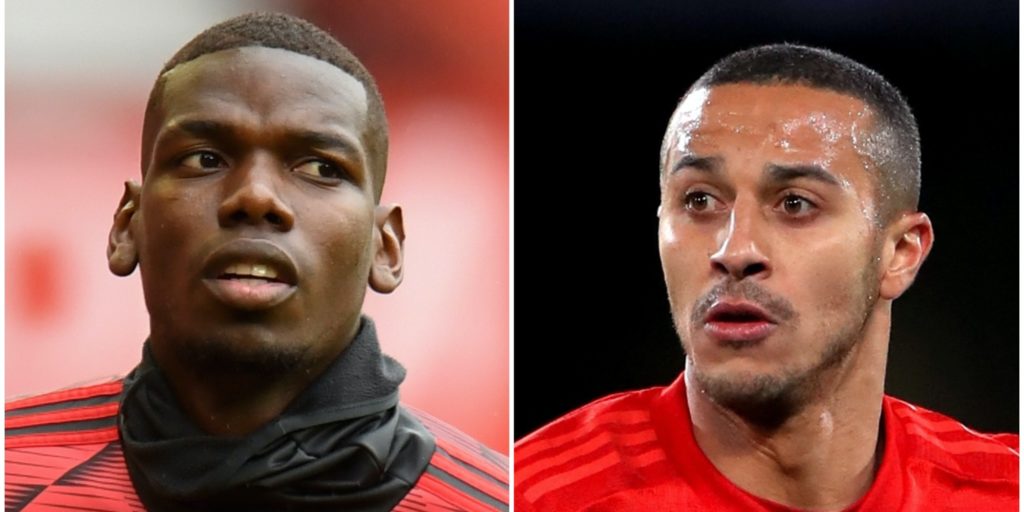 Could the Paul Pogba transfer saga finally be coming to a close?

Paul Pogba is on the verge of agreeing a new five-year deal at Old Trafford, according to The Sun. Manchester United are confident they will be able to announce the agreement at season’s end, with the 27-year-old France midfielder having a change of heart since expressing a desire to leave the north-west.

Bayern Munich’s loss could be Anfield’s gain with the Daily Mirror reporting Thiago Alcantara has snubbed a fresh offer from his German club. The Spanish midfielder has another year left on his contract but has rejected Bayern’s terms and put his Munich house up for sale. The paper, which cites Bleacher Report, says the 29-year-old is “very sure” he will join Liverpool.

Bayer Leverkusen wants to delay Kai Havertz‘s expected transfer to Chelsea, reports the Daily Star while citing Germany’s Bild. The Bundesliga side have accepted they will lose the Germany midfielder, 21, but they want to hold onto him until August. Havertz has told Bayer boss Peter Bosz that he will not wait any longer to take the next step in his football life.

The Sun says Arsenal want to recruit France Under-21 international defender Malang Sarr, who is available from Nice on free transfer. Unfortunately clubs in Germany and Italy have already sounded him out, with the Bundesliga his most likely destination.

Alvaro Fernandez Carreras: The 17-year-old left-back has agreed to leave Real Madrid for a contract with Manchester United, according to Spain’s AS.

Serge Aurier: The Evening Standard reports the Ivory Coast defender, 27, may not appear for Tottenham again this season after returning to France due to his brother’s death.