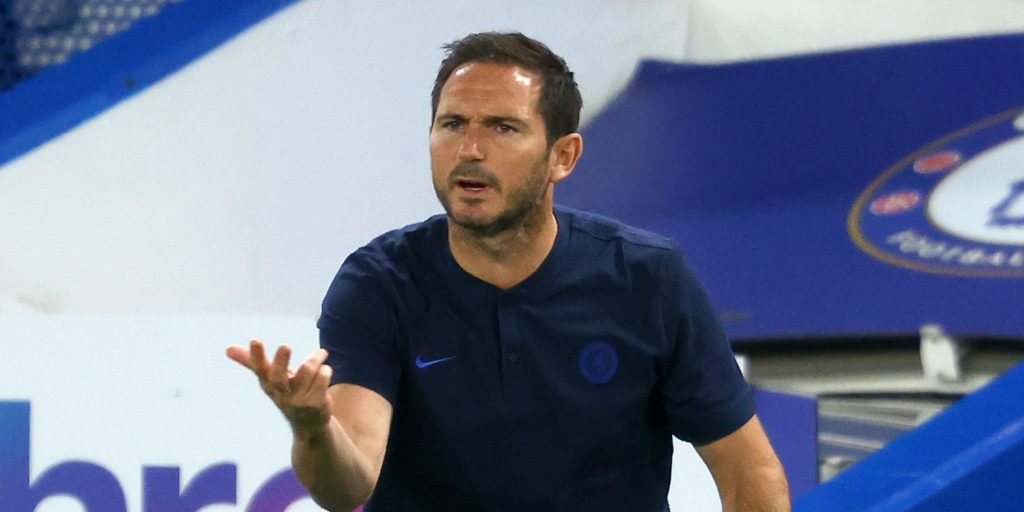 Chelsea will have had an extra day’s rest.

Chelsea slipped up 3-0 at Sheffield United on Saturday, but then beat Norwich at Stamford Bridge on Tuesday, leaving five days until Sunday’s last-four Wembley battle.

United drew 2-2 with Southampton at Old Trafford on Monday, then won 2-0 at Crystal Palace on Thursday night.

Despite United having just three days’ preparation for Sunday’s FA Cup clash, Blues boss Lampard has dismissed the idea the west Londoners have an extra edge.

Asked if Chelsea do have an advantage this weekend, Lampard replied: “No I don’t think we do. I think we’ve played Saturday and Tuesday this week, they’ve played on Monday and Thursday, so we’ve both played two games in this week as it stands.

“We’re in a period where we’re playing games all the time very regularly, and you become ‘play, recover, play again, recover’, and you work with the squad as it is.

“It’s an age-old question a lot of managers, you probably dig out the times when I’ve mentioned it, but at the same time it isn’t about advantage or not.

“Sometimes it works in your favour to be playing regularly and ticking over, so, no, I don’t see it.”

Chelsea must do without France’s World Cup winner N’Golo Kante against the Red Devils on Sunday.

The former Leicester star remains sidelined with a hamstring injury, leaving Jorginho in the frame to sit at the base of midfield again.

“And obviously (Bruno) Fernandes has made a huge difference coming in in January.

So you see the strength has brought to their team with individual quality.

“But we know that. So we have to be confident ourselves, deal with their threats, and worry about us as well.”

Ajax recruit Hakim Ziyech is already training with Chelsea’s senior squad despite not being eligible for selection until next season.

Chelsea have already completed high-profile deals for both the Morocco winger and RB Leipzig’s Timo Werner, and are expected to continue reshaping the squad with more signings this summer.

But when quizzed on whether Chelsea could be primed to spend big this summer, Lampard kept his cards close to his chest.

Asked if the Blues could be ready to embark on a recruitment drive to rival the overhaul of owner Roman Abramovich’s first summer at the Stamford Bridge helm, Lampard said: “We’ll see, I can’t answer that one as we’re not there yet.

“We have to focus on what’s in front of us.

“I wouldn’t want to compare it to any other spending summer or not. We’ll see how I feel and we feel as a club.

“If the squad needs strengthening or the balancing needs changing, if it does and we make moves great, but at the moment we don’t know.”