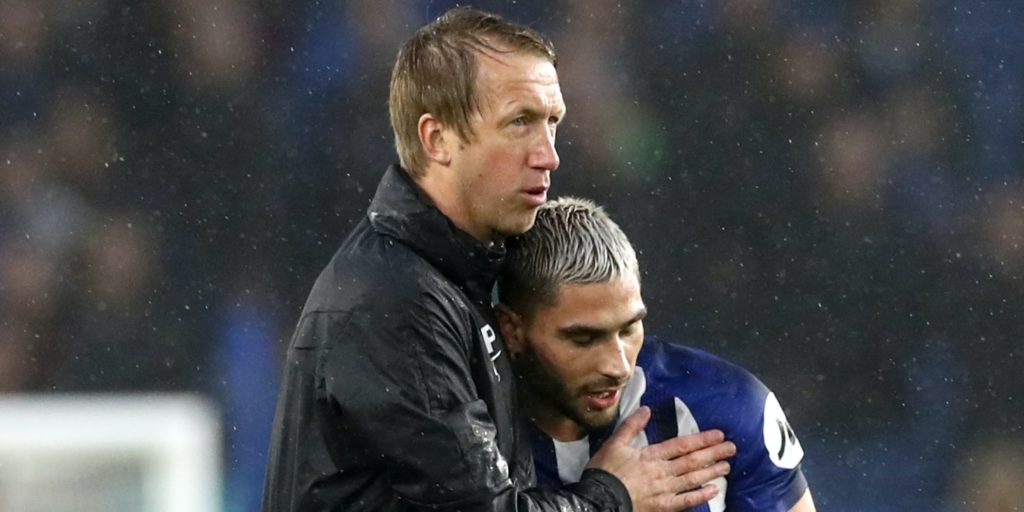 The Frenchman cost a reported £20million from Brentford last summer.

Graham Potter is “excited” by the potential of Neal Maupay after the striker became only the second Brighton player to reach double figures in a Premier League campaign.

Veteran Seagulls striker Glenn Murray, who provided the assist at St Mary’s, is the only other man to have reached the milestone having done so in each of the previous two seasons.

Brighton boss Potter has been impressed by how Frenchman Maupay has adapted to the top division and believes his displays bode well for the future.

“It’s good that he’s chipped in with those goals, he’s also helped the team in terms of his work rate,” said Potter.

“It’s his first season, he’s adapted to us, to the club, the league.

“He’s one of a few players that will improve because of the experience – first season in the Premier League – we’re excited for that.”

The Seagulls’ superior goal difference over both 18th-placed Bournemouth and second-bottom Aston Villa means they are almost certain to remain in the Premier League for a fourth season.

Potter’s men host Newcastle at the Amex Stadium on Monday evening before finishing the campaign away to Burnley.

Maupay, whose opener was cancelled out by Danny Ings, admits Albion are well placed but does not want to take anything for granted.

“I think it’s a massive result for us. For me personally it was a great feeling to score,” he told Brighton’s website

“A point is massive at this stage of the season. We have two games to go and we need to finish the job on Monday against Newcastle.

“We know our goal difference is better than the teams below us, so that is huge. We have two games to go and we’re not safe yet so we need to keep fighting, but it was a good step.

“The team spirit is really good and we keep fighting and playing hard. We are confident that we are close to being safe.”