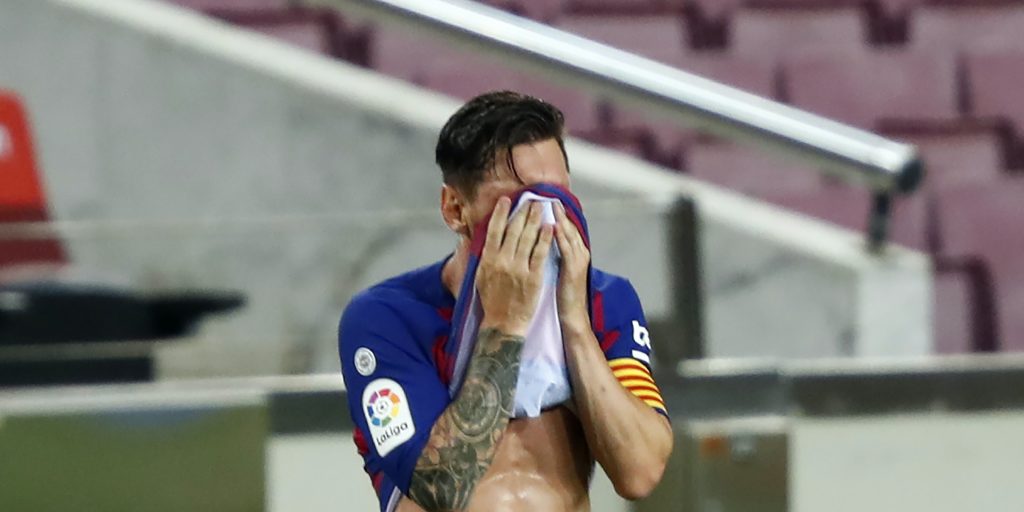 Lionel Messi believes “weak and vulnerable” Barcelona must improve quickly if they are to have any chance in the Champions League next month.

The Catalan giants surrendered their LaLiga title to rivals Real Madrid on Thursday night, with their 30-game unbeaten home league run ending in the process after a 2-1 loss to Osasuna.

While Real have not dropped a single point since the league’s resumption after the coronavirus shutdown, Barcelona drew a total of three matches before Thursday’s loss and Messi says they are the masters of their own downfall.

He told Spanish TV channel Movistar + as reported by AS: “To be honest, this is not the way we wanted things to end, but tonight’s game is a microcosm of our entire season.

“We’ve been too weak and vulnerable. It’s not normal that another team beats us for intensity and desire. We dropped too many points along the way and that sums up our season.

“Real Madrid did what they had to do after the restart and didn’t drop any points, we helped them along the way by losing points that we should not have let slip.

“We need to take a look at ourselves. We are Barcelona and we should be winning everything.”

Barcelona play the second leg of their last-16 Champions League clash with Napoli at the Nou Camp on August 8, with the tie level at 1-1.

The winner will likely face a quarter-final against Bayern Munich, as the German champions hold a commanding 3-0 advantage over Chelsea, but Messi admits Barcelona will need a huge improvement to compete.

“I’m telling you that if we continue in this manner, we will not advance in the Champions League as we weren’t good enough to retain the LaLiga title,” he added.

“We’re going to need to change plenty if we want to deliver and we also need to take a long hard look at ourselves.

“We lost the title due to our own shortcomings and not because of what Real Madrid did as many people are claiming.”