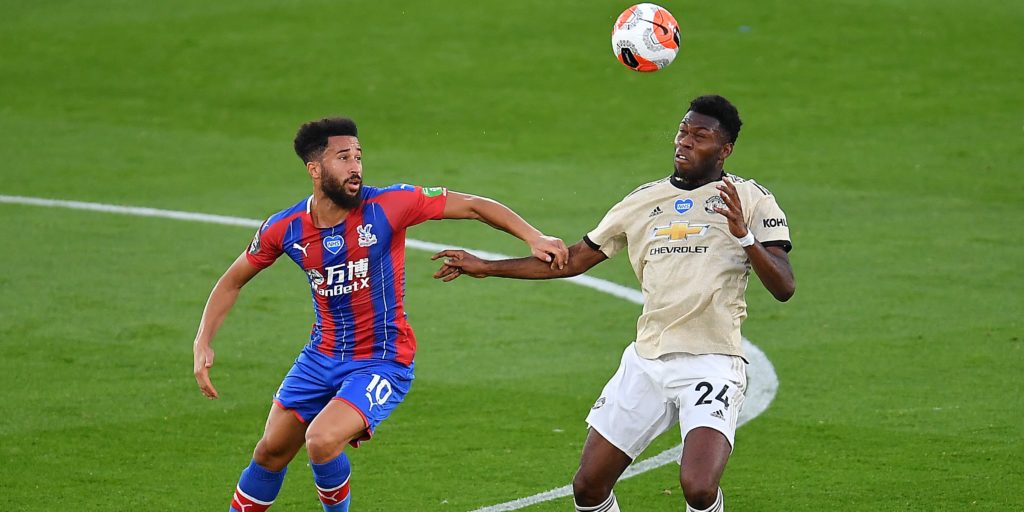 It was Fosu-Mensah’s first United appearance in 1,152 days, with his last also against Palace in May 2017.

Timothy Fosu-Mensah is ready to step in again for Manchester United against Chelsea in the FA Cup semi-finals on Sunday.

Ole Gunnar Solskjaer handed the 22-year-old a rare start away to Crystal Palace in the Premier League on Thursday.

It was Fosu-Mensah’s first United appearance in 1,152 days, with his last also against Palace in May 2017.

The defender produced an assured display in a crucial 2-0 victory and could be required this weekend, with left-backs Luke Shaw (ankle) and Brandon Williams (gash) both still battling to recover from injuries.

“I feels good, I am happy I play for the club again and more happy we got the win,” Fosu-Mensah told MUTV.

“It was hard but that is what you work such a long time for all these months, for moments like this.

Fosu-Mensah had played more recently for Palace than United after he spent the 2017-18 campaign on loan at the Eagles.

The three-capped Netherlands international spent last season at Fulham, but suffered anterior cruciate ligament damage and only recovered fully in March when football was suspended.

While his favoured position is right-back, Solskjaer played him on the left and he kept Andros Townsend quiet as goals from Marcus Rashford and Anthony Martial helped the Red Devils move level on points with Leicester in the race for the Champions League qualification.

“Comfortable is a big word but I played there before,” Fosu-Mensah added.

“I made my debut against Arsenal and came on as a left-back. I haven’t been playing there for a long time, but I can play more positions I think.”

Defenders Shaw and Williams suffered injuries against Southampton on Monday and will need to be assessed ahead of Sunday’s tie at Wembley.

Solskjaer’s side are preparing for their third game this week and have had two days less rest than Chelsea, who played on Tuesday.

The United boss joked Fosu-Mensah may feel stiff on Friday, but was thrilled to see him back in a Red Devils shirt and impressed with his performance.

“16 months since the last game he played, he has worked hard and I am delighted for him,” Solskjaer said.

“I know all about having knee injuries and how great it must have felt for him to be out there.

“He lasted the full game and played as we wanted him too. He defended really well.”

Palace also have injury concerns at left-back after Patrick Van Aanholt had to leave the pitch on a stretcher following a dislocated shoulder.

Roy Hodgson conceded he could miss the start of next season and will have to replace him at Wolves on Monday with youngster Tyrick Mitchell or one of midfielders Jeffrey Schlupp or Jairo Riedewald.

“It is a bad injury and will keep him out for a long period of time,” the Palace manager said.

“They’ll look at it and we will find out more what the next step will be, but I fear it will require an operation and that is really bad news for us.

“Patrick has had a good season and missed hardly any games and now it looks like we might be starting next season without him.”