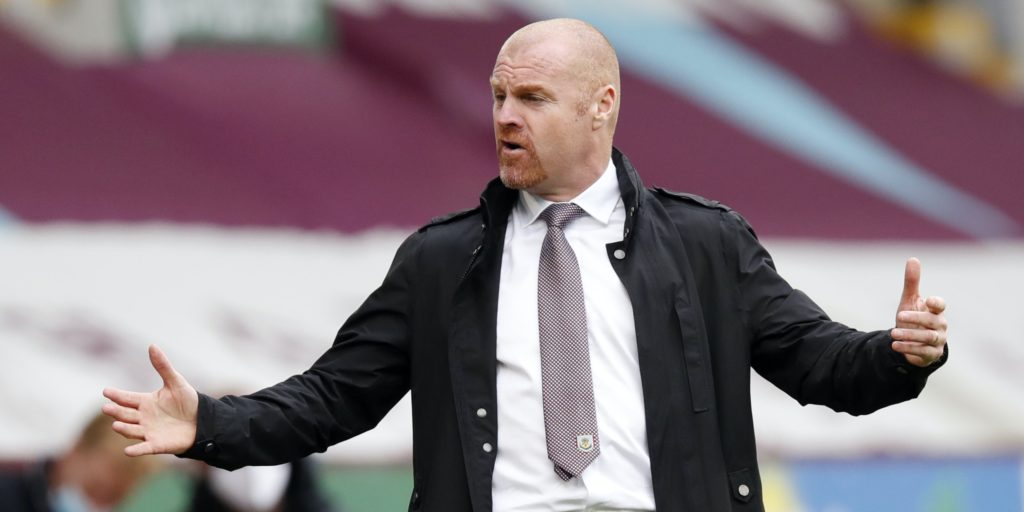 FIFA announced this week that the option of using the five-substitute rule – initially introduced to help manage player workloads following the coronavirus pandemic – will be open to competitions for the 2020-21 season.

Premier League clubs will need to declare whether to allow teams to use five substitutes per match next season.

But Dyche says it is another example of a rule change helping the elite and hindering smaller clubs like Burnley.

“I think it quite obviously favours the big clubs because they can keep more players happy and more players involved by making more changes,” Dyche said.

“A lot of football often does. We all had to change the size of our home pitches to make sure they aligned with the big clubs who were in Europe.

“We all had to cut the grass the same length. So most things are pushed forward by the big clubs in the division.

“But equally the big clubs are part of what sells the division to the world. They are fantastic clubs in their own right, they have got amazing histories and a lot of prowess in football.

“It could be a slightly calmer situation for managers (of bigger clubs) with players who get slightly disgruntled than if they’re out of the team and out of the squad.”

Burnley have not lost since their opening post-lockdown game at Manchester City on June 22.

The Clarets are six games unbeaten – three wins and three draws – and, with 51 points from 36 games, still in with an outside chance of playing Europa League football for the second time in three seasons.

Dyche, however, says he has given that little thought or improving on the 54-point total that Burnley managed two seasons ago when finishing seventh.

“We will look to deliver first, and if you can deliver a performance you often get the outcome you want,” Dyche said ahead of Saturday’s visit to already relegated Norwich.

“Having been through that (relegation) I still think there will be a pride and passion from them towards the game.

“We’ve got to safeguard against that by being ready to deliver another performance.

“So I think we go there open-minded as we have done with all these games after lockdown. We’ve got to remind the players that is going to be needed.

“We don’t take anyone in the Premier League lightly, nor should we, because it is so tough going around winning games.

“We’ve had that unfortunate experience like Norwich. We went down the first time we came up and I think we finished win, draw, win.

“I know it sounds crazy but the pressure release is off. It’s done now and weirdly that opens people up a little bit.”