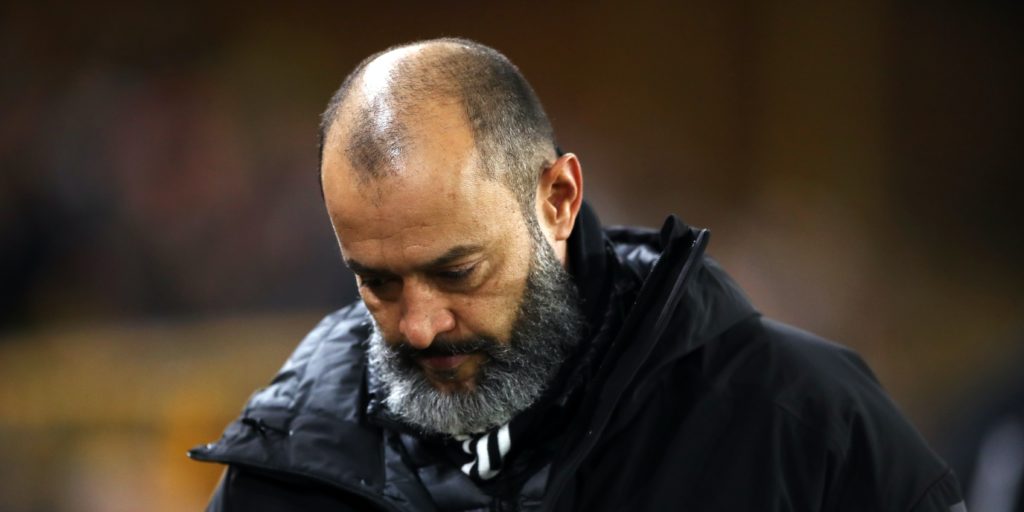 Wanderers are now unable to finish in the top four.

Nuno Espirito Santo insists Wolves will continue to develop and improve after their hopes of Champions League qualification through the Premier League came to an end this week.

Wolves’ draw at Burnley on Wednesday, where they conceded a controversial injury-time penalty, together with wins for both Leicester and Manchester United 24 hours later meant Wanderers are unable to finish in the top four, being six points adrift with two matches remaining and having a vastly inferior goal difference.

A route into the Champions League is still available to Nuno’s side if they can win the Europa League when that competition resumes next month.

Asked about the results on Thursday night, the Portuguese said: “It’s nothing to do with us, we have to focus on ourselves. We can’t control.

“I think we are improving and always trying to become better, knowing it is a difficult season of ups and downs. But I think we will always be able to react to the not so good performances and bounce back and play good after those games.

“It is always the same and has been this way since three seasons ago. I think it is a long process of building and improving and we are still on the way.

“We have to play Monday against Crystal Palace and then Sunday and still have the draw against Olympiakos so we still have a lot of things ahead of us to focus on.

“We go game by game and we have a lot of things to focus on on a daily basis to get distracted by other things. To play good football, always to play good, and improve. It is a process.”

Wolves, sixth in the table, are on course to improve on last season’s seventh-placed finish and need two more points from their remaining games to surpass their points total of a year ago.

The first of those matches is against Palace at Molineux on Monday and Nuno said: “It is important to improve but it will be tough, because it is a good team with good players, quality players, and we expect a really tough game.

“We will focus on the team of Crystal Palace and try to be organised. I think it is the best way to approach it.”