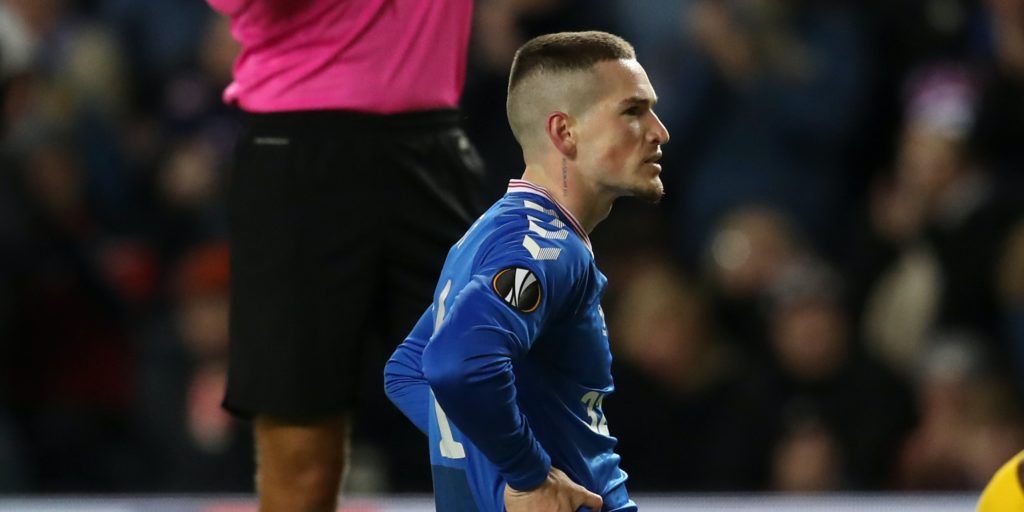 The winger was sent off during Thursday’s friendly against Lyon.

The winger’s dismissal was the only negative from Thursday night’s impressive 2-0 win over Lyon.

The former Liverpool player was dismissed just before half-time as he reacted to being goaded by the French club’s Brazilian midfielder Marcelo with a petulant slap.

Now Ibrox boss Steven Gerrard is waiting to learn if the French Football Federation will pass the details of referee Karim Abed’s report onto their Hampden counterparts, forcing the Scottish Football Association to issue a two-game ban for violent conduct.

In that case, Kent would sit out Rangers’ opening Ladbrokes Premiership trip to Aberdeen and their first home game against St Mirren.

A Hampden source told the PA news agency: “There is no exact science to how these friendly red cards are dealt with.

“Some associations do report them, some don’t – but the SFA can only act once they have been contacted by the federation of the host country.”

Meanwhile, Ibrox skipper James Tavernier has praised the club’s youngsters after they withstood a second-half onslaught to guide the 10-man Gers to victory over Lyon.

“We got ourselves in front, scored two good goals and could have scored more.

“Every man who came on and started the game were terrific.

“It almost reminded me a bit of Ufa in how we had to defend with less people on the pitch,” added Tavernier.